My research explores the representation of women and gender politics in contemporary Iranian cinema. I am interested in how the visual medium challenges systems of power, and how filmmaking specifically functions as a form of resistance in Iran. My work also considers the role and influence of Iranian cinema on the global stage. Beyond Iranian cinema, I am interested in diasporic and Middle Eastern cinema, women’s filmmaking, and representation of Muslims in film and media.

I am also dedicated to disseminating my research outside of academia. I have been a regular contributor to publications such as Muslim Girl and have written on the representation of Muslims in film and TV for The Conversation, UK.

I welcome PhD applications in the following areas: 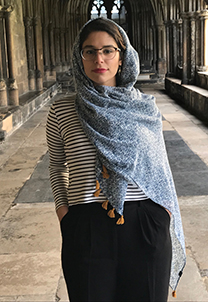