Tony is currently Deputy Director for the Centre for Development Studies and Senior Academic Advisor in the Economics subject area of the Adam Smith Business School. He is also a Green Champion for Save it!, the University's carbon reduction awareness-raising campaign.

Tony originally graduated from Edinburgh University with a BSc in Chemical Engineering and took up employment with UKAEA Reactor Group as a research worker in engineering physics. After two years, he left to study for an MSc in Technological Economics at the University of Stirling and, on graduating, was headhunted by Balfour Beattie to work as a consultant engineering economist on a project for ARAMCO. Following this, he moved into academic life as a research assistant on an SSRC-financed transfer of technology project in the Economics Department of Strathclyde University, later moving into the newly formed 'Energy Studies Unit', initially as research fellow and later as senior research fellow. This involved a wide range of energy related projects including consultancy work for the EEC Commission, UK Department of Energy, UN FAO Fisheries Industry Division and a year's secondment to the EURATOM Joint Research Centre at Ispra, Italy, to work on radioactive waste management strategy.

Currently participating in multidisciplinary, cross-faculty research initiatives, and is a Research Associate of Urban Studies, the School of Social and Political Sciences. 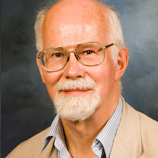