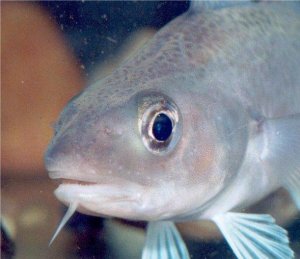 There are obvious practical implications of such behavioural differences, and I have a number of projects aimed at using what we know about the behavioural biology to improve production of farmed fish. For example, funded by the NERC and the fish feed company EWOS, we have shown that such behavioural differences are at least partly responsible for the marked differences in growth observed among farmed salmon. We are about to start a project funded by the Scottish Executive Proof of Concept Fund to test ways of improving production and flesh quality in farmed salmon by encouraging them to swim at a fixed speed. Two new projects involve farmed cod, using demand feeders to characterise natural appetite rhythms (funded by the BBSRC and EWOS) and examining whether some cod genetically predisposed to become cannibals (funded by the NERC and SAMS Ardtoe).