In Scotland we are reliant on the seas for a wide range of resources such as oil and gas, fisheries and renewable energy. Recreational fishing and tourism are also important sectors. Marine resources are of particular importance to remote coastal communities such as those on Scotland’s west coast, but also in the developing world.

Maintaining the important services provided by aquatic systems and avoiding conflict between sectors requires an understanding of the state of ecosystems, how they have changed over time and what is likely to happen in the future.

Our researchers work with industry, government and NGOs on marine resource issues. In Scotland we have research projects on the habitat needs and population biology of commercial species, the selective effects of fishing gear and the impacts of tidal stream turbines on birds. Overseas we have active research programmes in a deep water oil field off Angola and with Bedouin fishermen in Egypt.

We are also involved with evaluating the impacts of deep water fishing. Fisheries are complex systems linking ecosystems to human societies. Economists in our Adam Smith Business School are able to model fisheries allowing the evaluation of polices.

A scientific basis for regulating deep-sea fishing by depth 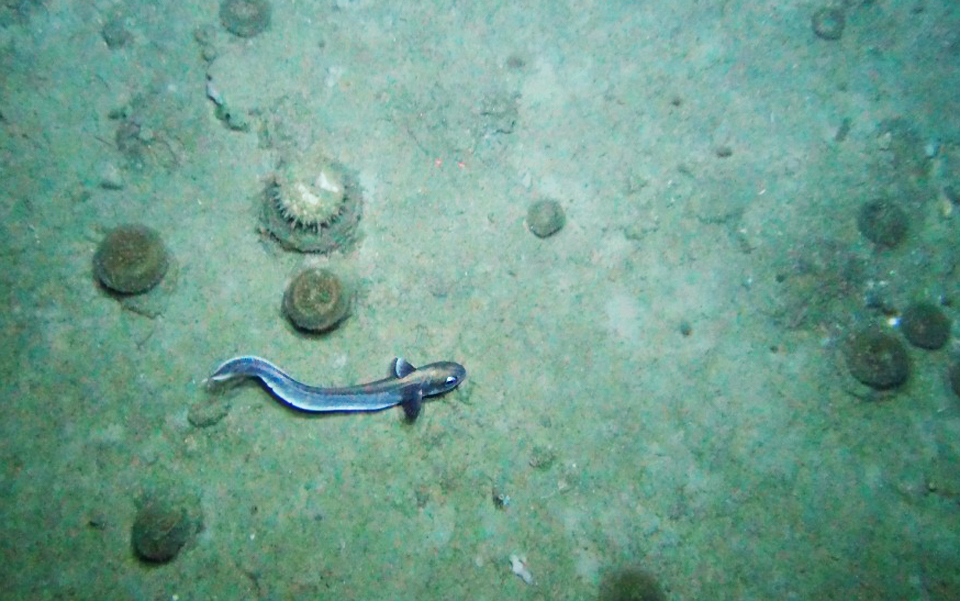 Members of the Institute’s Marine Science Group have published evidence that supports a clearly defined depth limit of 600 metres for deep-sea fishing in Europe.

Reporting in the journal Current Biology, the study by PhD student Jo Clarke and Dr David Bailey together with Dr Francis Neat of Marine Scotland comes as the European Council considers controversial new legislation to manage deep-sea fisheries, including a ban on trawling below 600 metres.

The research suggests that trawling deeper causes greater ecological damage, despite a reduced benefit to fishermen.

Evidence has also shown that deep-sea bottom trawling has taken its toll, with implications for the deep-sea ecosystem and for the climate. Deep-sea fish lock-away large amounts of carbon per year.

The question asked by the researchers was: Should there by a depth limit, and if so, at what depth?

Study authors David Bailey and Francis Neat identified a way to find out by looking at how the trends in catch composition change with depth. They used data from trawl surveys collected between the depths of 240 and 1,500 metres in the northeast Atlantic. These surveys used different gear types at various locations between 1978 and 2013.

‌‌The work was part of the IBIS EU project—a partnership between the Loughs Agency, Queen's University Belfast, and the University of Glasgow, supported by the EU's INTERREG IVA Programme.

Evaluating the effectiveness of a seasonal spawning area closure 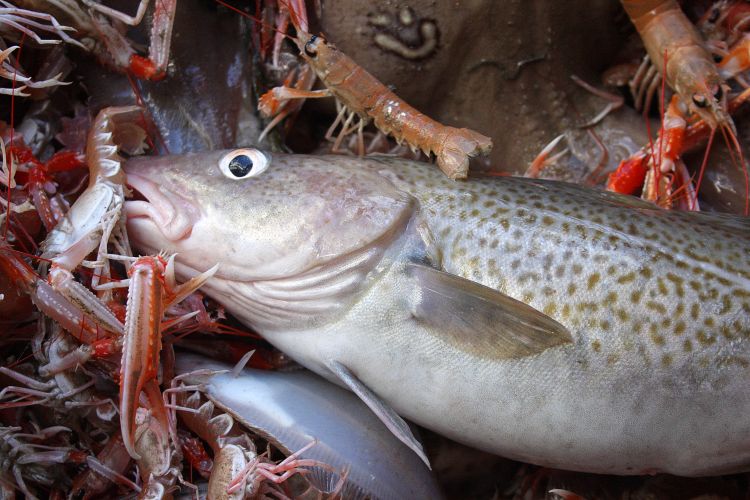 Measures introduced over a decade ago to protect spawning cod in the Firth of Clyde were “too little, too late”, a new study finds.

Data published in the ICES Journal of Marine Science, showed no evidence that a seasonal closure of part of the Firth had led to local recovery of cod numbers or a reduction in overall mortality. The researchers from the University of Glasgow and Marine Scotland Science say implementing spawning closures on nearly collapsed stocks may be why such measures often appear to have been ineffective.

The annual closure of the spawning ground was introduced in March 2001 to allow cod to reproduce without being caught by trawlers, while still allowing the targeting of scampi and scallops, in the greater part of the area. Before the closure there was a clear seasonal peak in fishing effort corresponding to the spawning time of cod in this area with high catch rates. Placing the Clyde off limits was also intended to avoid an increase in fishing activity as a consequence of a spawning closure introduced in the Irish Sea in 2000.

Joanne Clarke, a PhD student who led the study under the supervision of Dr Peter Wright of Marine Scotland Science and Dr David Bailey at the University of Glasgow, said: “Fish that congregate at predicable locations and times to spawn are often vulnerable to over-exploitation. Seasonal closures of fishing grounds have been implemented around the world in an attempt to alleviate such impacts, but the effectiveness of these measures is rarely tested.”

Previous studies using genetics, tagging and microchemistry found that cod inhabiting the Clyde are reproductively isolated from other resident groups of the West of Scotland. The researchers compared data on the number of adult fish regularly found in the area and compared it to data on the two other sub-populations of cod off the west coast of Scotland.

Ms Clarke added: “Mortality may have remained high because young cod are still caught as a bycatch in the scampi fishery in the area, and the predation rate may have increased due to an expanding whiting population. The spawning closure is justified on the basis that it has reduced targeted fishing effort on spawning cod, and prevents displaced fishing effort from the Irish Sea.

“So in that respect, while we don’t know the full reasons preventing cod recovery, the least we could do is allow the remaining fish to spawn undisturbed. We cannot change the past, but we can address the future by managing populations within an ecosystem context.

“Spawning closures are not enough to manage populations when numbers are too low to withstand environmental fluctuations and additional sources of mortality. The measure appears to have been too little, too late.”

Vulnerability of individual fish to capture by trawling 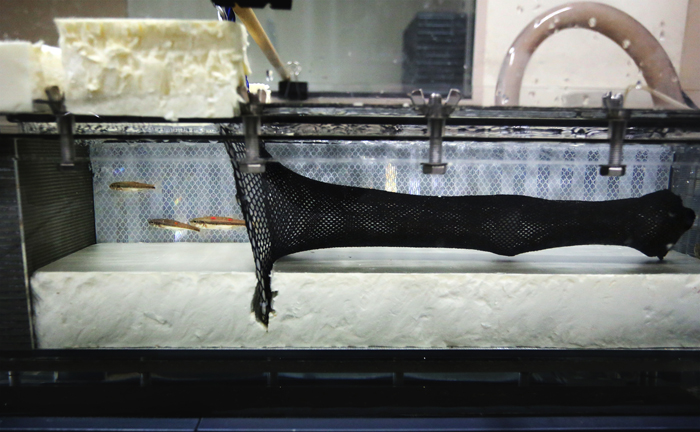 Intensive fishing prompts much concern and debate over sustainability of fish stocks, but could it also be driving evolutionary changes that render fish of the future less catchable?

There are many examples of an evolutionary ‘arms race’ between predator and prey, where adaptations that help hunted animals avoid capture prompt changes in hunters that help them become more deadly.

Scientists at the University of Glasgow investigating whether commercial trawling is similarly driving evolutionary change in fish have found fitter fish are better at evading capture. They speculate that, over time, this could lead to physiological changes in future fish populations.

Dr Shaun Killen of the Institute of Biodiversity, Animal Health and Comparative Medicine, said: “There is a lot of concern on how overfishing is affecting the abundance of wild fish, consequences for the economy, employment and the ecosystem as a whole.

“But one aspect that is often overlooked is that intense fishing pressure may cause evolutionary changes to remaining the fish that are not captured.”

A study led by Dr Killen, published in the journal Proceedings of the Royal Society B, used simulated trawling with schools of wild minnows to investigate two key questions around fisheries-induced evolution.

The researchers wanted to know whether some individuals within a fish shoal were consistently more susceptible to capture by trawling than others, and if so, was susceptibility related to individual differences in swimming performance and metabolism?

The researchers measured the swimming ability, metabolic rate, and indicators of aerobic and anaerobic physical fitness of 43 individual fish. They then placed them in a tank with a trawling net in a simulation that was repeated several times, enabling the identification of individuals which were more susceptible to capture.

Dr Killen said: “Fish being trawled will try to swim at a steady pace ahead of the mouth of the net for as long as possible, but a proportion will eventually tire and fall back into the net.

“Fish that escape trawling are those that can propel themselves ahead of the net or move around the outside of the net. The key question is whether those that escape are somehow physiologically or behaviourally different than those that are captured. Most trawlers travel at the about same speed as the upper limit of the swim speed of the species they are targeting.

“While trawling nets can be in the water anywhere between 10 minutes to several hours, whether or not fish enter the net is generally decided within a few minutes of when they end up at the trawl mouth.”

Minnows in a swimming in a similated trawl

The results of the simulation revealed that some fish were indeed more susceptible to capture than others and this was strongly related to anaerobic capacity – the ability to engage in short periods of intense physical activity which demands more oxygen than is available from breathing alone.

Maximum aerobic swim speed was also negatively correlated with vulnerability to trawling. Metabolic rate – an indicator of how much energy an animal needs to live – was highest among fish that were least vulnerable to trawling but this relationship probably arose through correlations with anaerobic capacity.

Dr Killen said: “Humans are effective predators, and selective harvest of animals by humans probably represents one of the strongest drivers of evolutionary change for wild animal populations. “Hunting and fishing are selective processes which often remove individuals that, under normal circumstances, may have the highest reproductive potential. Available evidence suggests selective harvest can lead to genetic change within wild populations for specific traits.

“Using simulated trawling, our study provides the first evidence better swimming fish, and those with higher metabolic rates, are more likely to escape capture. “Over time, the selective removal of poor-swimming fish could alter the fundamental physiological makeup of descendant populations that avoid fisheries capture.”

The researchers now want to study fish in the wild to see if they get the same results.

Wider impacts of work in this area