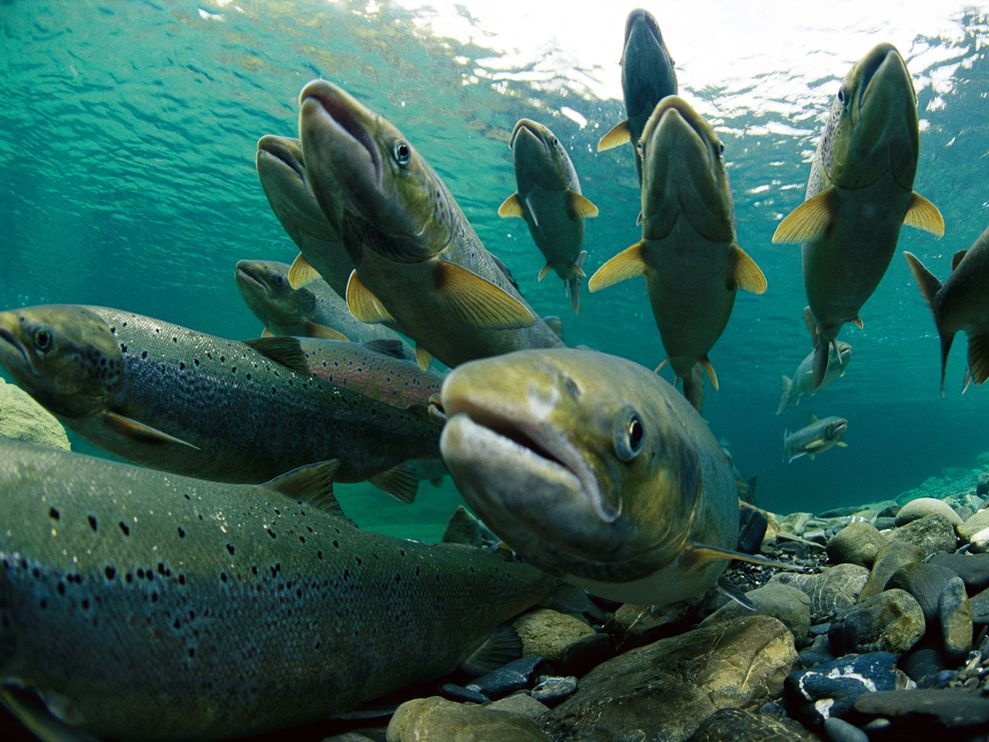 Scientists from the University of Glasgow, working with major companies in the aquaculture industry BioMar Ltd and Marine Harvest (Scotland) Ltd, have discovered a ‘simple test’ to aid the diagnosis of a significant disease which affects Atlantic salmon which could save millions to the industry.

The group has published their findings in a study today in the Journal of Fish Diseases, including data showing that a simple measurement procedure could be used to detect Atlantic salmon infected with salmonid alpha virus, which causes Pancreas Disease.

Pancreas Disease – which is not an issue for product consumption and is harmless to humans – can cause significant losses in farmed Atlantic salmon due to morbidity, mortality and reduced production.

The researchers found that salmon with Pancreas Disease had a major change in the proteins present in the blood, and further to that, that these protein changes could be detected using a simple procedure.

The test, called a selective precipitation reaction (SPR), has been patented by the team and could potentially be developed into a rapid analysis system allowing the disease to be diagnosed much earlier than is currently possible. This would mean that the test could be applied at a fish farm, allowing for quick diagnosis of the disease and early treatment.

Current testing requires sample submissions being sent to laboratories, a process that can take several days before results are available.

Professor David Eckersall, Professor of Veterinary Biochemistry and leader of the research team at the Institute of Biodiversity, Animal Health and Comparative Medicine, said: “The serendipitous discovery of the SPR has allowed a potentially powerful diagnostic test to be developed that could have significant applications in the future.

“This collaborative study, funded by a BBSRC CASE PhD studentship for our colleague Mark Braceland and supported by the aquaculture industry, has made a major contribution to the health and welfare of salmon. If this SPR test can be applied to other diseases and species of fish then the benefit will be even greater. This is an excellent example of the benefit of academia-industry links supported by the BBSRC CASE studentship scheme.”

Pancreas disease can, according to Aunsmo et al (2012), cause a loss of up to £1.43M for a single fish farm, so early detection is a vital component of the health care of salmon in aquaculture.

The SPR test may also be useful in detecting other salmon diseases, or even diseases in other fish.

Dr Mark Braceland, who now is in Prince Edward Island (Canada) at the Center for Aquaculture Technologies, said:  “One of the persistent challenges faced by the industry is monitoring of stocks and defining what healthy stocks are. Marine aquaculture is a very unique and relatively new form of livestock culture, and as such, diagnostic and prognostic tools available for this industry are lacking.

“The SPR has some great potential in complementing pathogen screening by allowing the industry to identify clinical stages of disease process, thus giving valuable information for health practitioners. I also see it as a valuable tool for establishing the efficacy of treatment and disease prevention technologies and hope it shall be utilized in this way in the future.”

Dr John Tinsley of BioMar Ltd said: “The collaboration with Professor Eckersall and the University of Glasgow has been a great success and we would like it to continue.  The project not only developed a highly applicable diagnostic test for the industry, but produced numerous peer reviewed articles and advanced our knowledge of fish health and welfare.”

Dr Dave Cockerill (MRCVS) of Marine Harvest (Scotland) Ltd said: “SPR gives us an opportunity to put in place an early warning system for detection of significant pathology in fish. In particular it appears to be a non-specific indicator of this type of disease and this sets it apart from other diagnostic tools which test for specific known disease agents. SPR could become the early indicator that further specific investigation is required.”

The study, ‘Selective Precipitation Reaction: A Novel Diagnostic Test for Tissue Pathology in Atlantic Salmon, Salmo salar, infected with Salmonid Alpha-Virus’ is published in the Journal of Fish Diseases. The work was supported by the BBSRC (Biotechnology and Biological Sciences research Council), BioMar Ltd and Marine Harvest (Scotland) Ltd.