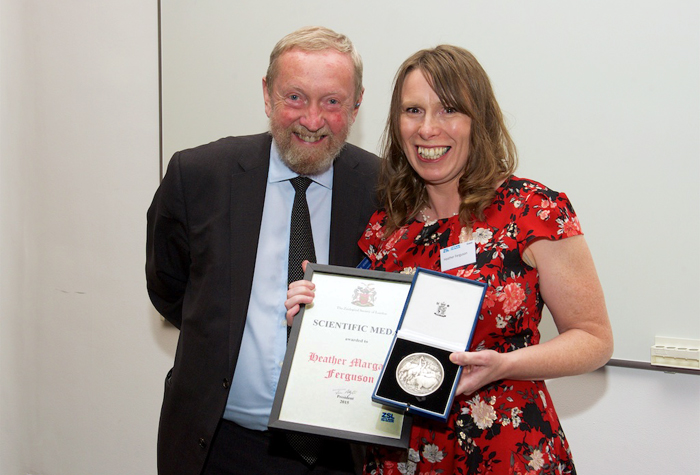 One of the most prestigious awards in the field, the medal is given to research scientists with no more than 15 years postdoctoral experience for distinguished work in zoology.

Dr Ferguson’s medal is recognition of her pioneering work on the ecology and control of African malaria vectors over the past 12 years, as part of a longstanding research and training partnership with the Ifakara Health Institute (IHI) in Tanzania.

“I am very honoured to receive the ZSL Scientific Medal. The work that has been recognized is the product of a long collaboration with colleagues at the Ifakara Health Institute. It has been a great privilege to work with this team, and we are delighted to have the ZSL support us with this prestigious award.”

A spokesperson for the ZSL said:

“The committee were unanimous in the view that Heather is an outstanding scientist with enormous influence. As a leading vector zoologist, Heather combines rigorous and exciting scientific questions with outstanding direct real world impacts. In addition, Heather has done a tremendous amount of capacity building, most notably mentoring young African scientists who will become key players in the ecological approach to malaria vector control. It is our great pleasure to recognize and reward Heather for her outstanding achievements.”

“Heather’s greatest achievement has been to put ecological entomology into the heart of malaria vector control. This is a big deal. We need to know how mosquitos mate, move and spread if 21st century technologies for malaria control are to fulfil their potential.

Heather is clearly leading the way and we are delighted to present her with the Scientific Medal.”

Dr Ferguson began her career working on laboratory models of malaria transmission at the University of Edinburgh, investigating the impact of malaria parasites on mosquito vectors, and how this could influence the types of parasite strains that were most likely to be transmitted. This work led her to investigate these issues in the field, with the aim of gaining a better understanding of mosquito vector ecology and behaviour as a strategy for strengthening control measures. 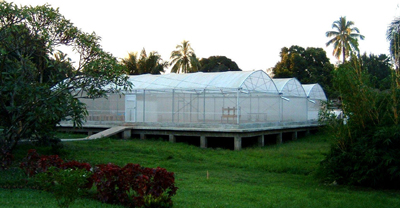 After a short internship at the International Centre for Insect Physiology and Ecology in western Kenya, where she was introduced to field studies of malaria, she moved to Ifakara on a three-year postdoctoral position. There she began an extensive programme of work investigating the ecology and behaviour of African malaria vectors in collaboration with students and scientists, where they were one of the first in the world to develop large-scale "semi-field systems" in which to experimentally study the behaviour and life-history of malaria vectors under highly realistic conditions without risk to any exposure of infection.

Dr Ferguson continued work as a BBSRC David Philips Fellow from 2006-2012 and still maintains a close collaboration with IHI, including involvement with research programmes aiming to develop new tools for mosquito vector surveillance and control.

Over the past couple of years, Dr Ferguson has also expanded her collaborations beyond Tanzania through collaborations with researchers from around the world on a number of different projects related to the epidemiology and control of mosquito borne diseases, including monkey malaria (Plasmodium knowlesi) and the Zika virus.

“Heather’s research is bold and creative and she undertakes it with enormous vigour and enthusiasm. She has a highly developed knack of identifying important and fascinating problems that she renders tractable through ingenious and often extremely challenging experiments. Her ability to combine field, laboratory and theoretical approaches is unique and she uses these skills to address fundamental questions in Anopheles biology and ecology that have important implications not only for malaria control, but also in a boarder context. There is no doubt that her research has had a major influence on the whole field of vector-borne diseases.”

Founded in 1826, the Zoological Society of London (ZSL) is an international scientific, conservation and educational charity whose mission is to promote and achieve the worldwide conservation of animals and their habitats.