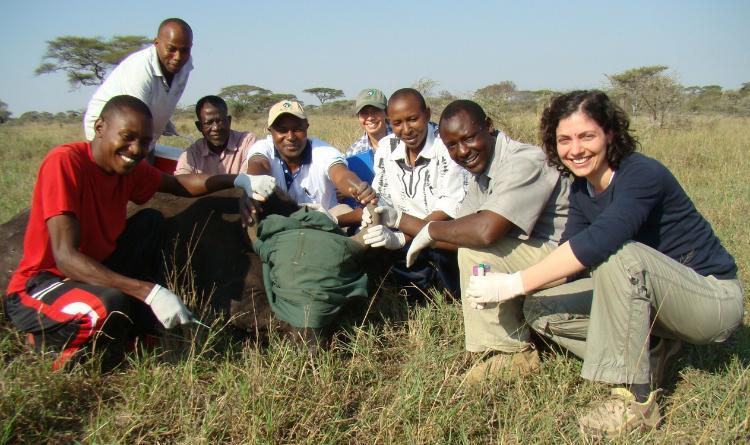 Dr Tiziana Lembo, a Research Fellow in the Institute of Biodiversity, Animal Health and Comparative Medicine, has been awarded the Royal Society of Edinburgh’s Patrick Neill Medal for her breadth of expertise in veterinary medicine, data analysis, epidemiology of zoonotic disease, and public and animal health in the developing world. This prize recognizes those who are showing great potential in the early stages of their career. 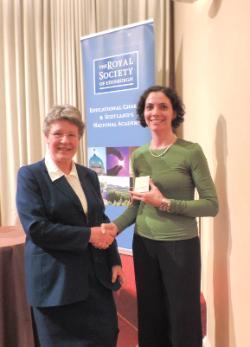 “It is a great honour to have our work recognised by the Royal Society of Edinburgh. This award raises the profile of forgotten diseases of poverty in developing countries ‌‌that do not typically receive the priority that they should.”

Dr Lembo’s research into rabies in the Serengeti revealed that wildlife do not act as independent rabies reservoirs, and paved the way for implementation of strategies to eliminate canine rabies in Africa. She contributed to the WHO expert consultation of rabies and led the development of an online rabies “blueprint” that is being used in national programme in Uganda, Chad, Benin and Kenya.

“This award is a reflection of the commitment of several different groups I am lucky to work with. We have an outstanding array of talented scientists at the University of Glasgow who create a vibrant multi-disciplinary environment with a diversity of approaches to disease, reflecting exactly the collaborative effort needed to tackle these complex problems. In Tanzania we have incredibly dedicated field teams who work tirelessly on the ground in very challenging conditions to collect the critical evidence that makes this research possible. Our national and international stakeholders are important partners who convert our findings into solutions, allowing us to create real and positive changes in people’s lives, and I look forward to building on this work in the future.”

Dr. Lembo is currently launching a new research programme into the molecular epidemiology of anthrax, a bacterial pathogen that affects animals and people throughout northern Tanzania. This project aims to address detection and lack of local infrastructure through improved surveillance involving grassroots-level information networks, field-friendly diagnostics, indicator species (for example domestic dogs) for identifying high-risk areas, and the development of molecular-based assays suitable for laboratories with limited diagnostic capacity.

Dr Lembo’s long-term involvement in Africa has contributed to the success of the Afrique One ASPIRE programme, a 5-year capacity building grant involving partners from east and west Africa that launches in Sept 2016. She is also a member of the 2016 Scottish Crucible and has recently accepted a microbiology lectureship post within the Institute that will start in early 2017. 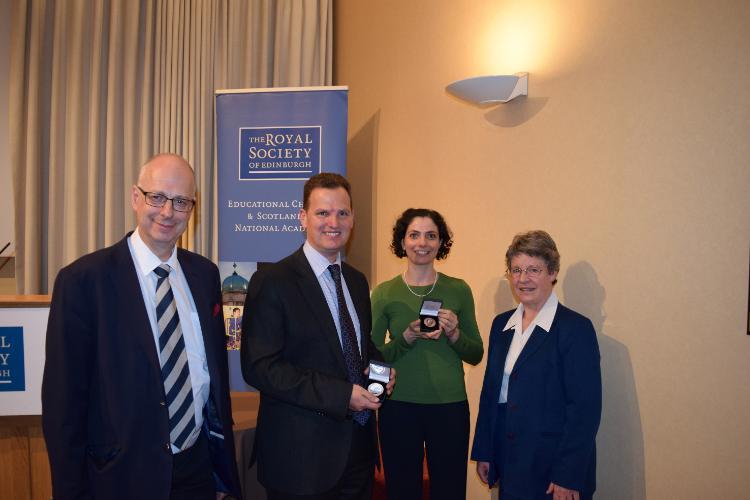