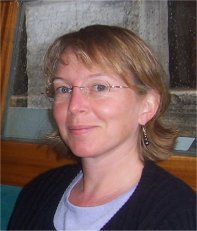 Research in my laboratory is directed towards understanding how changes at the molecular level affect cellular and whole organism processes in a wide range of organisms (Figure 1). Most of my early work focused on the genetic and ecological consequences of a particularly extreme form of genetic change- whole genome duplication or polyploidy- but I have also been interested in the consequences of gene duplication at the level of gene families that control recognition processes involved in adaptation, such as plant self-incompatibility systems (SI), plant resistance genes, and the vertebrate immune genes (e.g. the Major Histocompatibilty Complex, MHC). I am particularly interested in how such genomic changes affect interactions between organisms, such as mate choice and pathogen responses. Some of my primary areas of interest have been: 1) the evolutionary dynamics of gene families involved in recognition systems; 2) the causes and consequences of changes in mating systems for genetic diversity and adaptation; and 3) the consequences of mating system variation and polyploidy for mate recognition and pathogen response.

However, research within the group has also focused on a wider range of other topics, focused on conservation genetics, adaptation to changing environments, and understanding drivers of biotic interactions (including host-vector-pathogen systems, microbiome diversity, and evolution of resistance). I have also supervised master's and undergraduate projects on a wide range of subjects, mostly related to systematics and molecular ecology. There has thus been a shift in my focus recently more towards thinking about the relative importance of genetic variation in general: how critical is it for adaptation and can genetics be used effectively to inform management interventions for conservation and disease mitigation?

Figure 1.  Some of the research questions and study organisms that I have focused on: a) evolution of mating systems and polyploidy in grey treefrogs (Hyla versicolor); b) evolution of mating systems and polyploidy in rock cress (Arabidopsis lyrata); c) conservation genetics of African wild dogs; d) evolution of resistance to acaricides in European red mites (Panonychus ulmi); e) evolution of resistance to anthelmintics in nematodes infecting livestock; f) host-pathogen-vector dynamics (e.g. multiple species of tsetse flies feed on a wide range of wild and domestic hosts and can transmit multiple species of trypanosomes).