History of an incomplete EMU by Emmanuel Mourlon-Druol 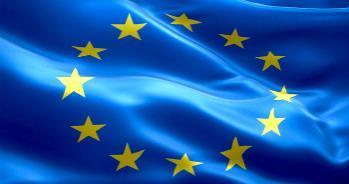 The future of the Eurozone and European economic integration has been a topic for debate in public and policy arenas since late 2009 when several Eurozone member states (e.g. Greece, Portugal and Cyprus) were unable to repay or refinance their government debt. Greater urgency has been added to calls for reform by anti-EU movements such as those that drove Brexit. Of the many proposals put forward in the press and political platforms in EU member states, few have contained any awareness of the roots of the current issues, or that these issues pre-date the EMU’s formation. As an economic historian, Professor Emmanuel Mourlon-Druol’s research has shown that issues central to the future of the Economic and Monetary Union (EMU) existed at its inception, and that insights from that time can contribute significantly towards the current Eurozone reform debate. From 2015 onwards, his research into the pre-history of the EMU has: contributed to new analysis of the Eurozone crisis within Bruegel, one of the world’s leading economic think tanks (where he was the first economic historian appointed as a Visiting Research Fellow); and enabled Bruegel to apply this historical insight to its highly-influential policy analysis and recommendations. Through this channel, Mourlon-Druol’s research has influenced debate in the wider EU policy arena by informing the analysis of international think tanks (e.g. IFRI and Polityka Insight), supranational organisations such as the European Central Bank and economic journalists (e.g. from Bloomberg).

History of an incomplete EMU by Emmanuel Mourlon-Druol