The mystery of the deep Earth deepens 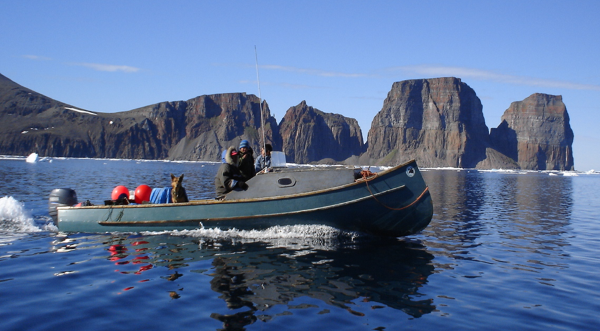 Remnants of the first basalt lavas from the Iceland plume are preserved in Arctic Canada and West Greenland.  They were erupted at 100-200°C hotter than typical terrestrial basalts which implies that they originated from deep in the Earth – likely at the core-mantle boundary.  The basalts are unique in having unusually high 3He/4He and 182W/184W ratios that provide strong evidence that at least some part of the deep mantle was isolated very soon after Earth accretion 4.6 billion years ago.

A new paper by Prof. Rob Ellam and Fin Stuart in Earth Planetary Science Letters present the first high-precision measurements of 142Nd/144Nd in iconic early Iceland plume basalts from Baffin island.  The data demonstrate that, despite it’s isolation, the deep mantle is indistinguishable from normal convecting upper mantle.  This dilemma is most easily explained if, soon after Earth formation, the core and mantle differentiated from a body that was compositionally more similar to the enstatite chondrites than carbonaceous chondrites.  The lack of volatiles in enstatite chondrites leads to the intriguing conclusion that the Earth must have acquired much of its inventory of life-affirming elements after the main phase of accretion.

See the paper on Enlighten.