Thought and Sense: On the Interface Between Perception and Cognition 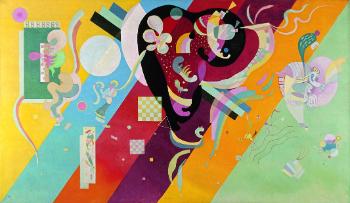 The Research Council of Norway, FRIPRO

The distinction between sense perception and cognition is basic to our pre-scientific conception of the mind, and has been of momentous importance in the history of philosophy. Recent developments in philosophy and the cognitive sciences, though, call for re-examination of the difference between sense and thought.

In light of these new developments, a thorough investigation that focuses directly on the boundary between these two central mental capacities is called for. Is there a clear distinction at all? Is there one contrast or many? Is there continuity or discontinuity? If there is an important distinction, how is it to be characterized? In order to understand the boundary between perception and cognition, a novel and systematic approach is needed.

We will consider four aspects of the boundary between perception and cognition and their interrelations.

1. Temporality: is there a difference in the temporal profile of perception and cognition? If there is, how is it to be characterized, and what are its consequences?

3. Modularity: what should we make of the alleged modularity of perception in light of findings concerning top-down processing and sensory integration? To what extent does the involvement of attention in both perception and cognition pose a threat to modularity?