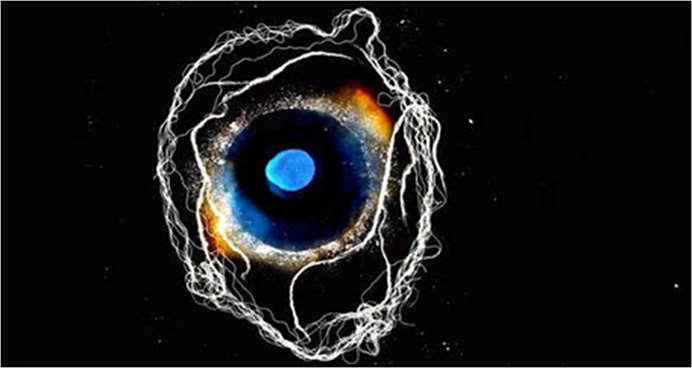 "The Eye’s Mind: a study of the neural basis of visual imagination and its role in culture" is a research project, which launched in January 2015, funded by an Arts and Humanities Research Council (AHRC) Innovation Award. It is hosted by the University of Exeter and led by neurologist Adam Zeman who has a wide interest in the neural basis of experience, in collaboration with philosopher Fiona Macpherson (University of Glasgow), the neuroscientist Crawford Winlove (University of Exeter), the art historian John Onians, the artist Susan Aldworth, and postdoc Matthew MacKisack. The project unites researchers and disciplines normally isolated from one another in order to study our distinctively human ability to imagine, highlight links between our experience, brain science and art, and throw light on the wide variation in our capacity to ‘visualise’.

Further AHRC Follow-on Funding was awarded to the project for dissemination in 2017. We organised a conference for those with extremes of imagination and an art exhibition with pieces by aphantasic and hyperphantasic artists.

The Eye's Mind team are currently applying for more funding for future reserach.

Imagination is surely one of the things that makes us human. It allows us to escape from the here and now, and to travel into the past and the future, the minds of others, the centre of the atom and the outer reaches of space. It allows us to envisage unrealised possibilities, and, sometimes, to bring them about. Our ability to ‘visualise’, to see things ‘in the mind’s eye’ is a key part of our ability to imagine. This project investigates the ability from both scientific and artistic perspectives, pursuing three related strands of enquiry:

A systematic meta-analysis of the large body of research that has examined what happens in the brain when we imagine – and specifically ‘visualise’ –  searching for consistent patterns in the varied and sometimes conflicting results of previous studies. View Winlove et al – The neural correlates

A review of the insights into and theories of visual imagination which artists, students of art, philosophers and others have proposed over the two and half thousand years since such thinking began. We ask what questions are raised, by these insights and theories, for the science of imagination. View Frontiers in Psychology

A study of individuals whose visual imagery lies at the extremes of the vividness spectrum. A small proportion of healthy individuals, perhaps two or three in a hundred, lack visual imagination completely,  a phenomenon we have termed aphantasia, while others have imagery as vivid as ‘real seeing’ – hyperphantasia. We are using interviews, brain imaging techniques, and psychological tests to learn more about these ‘imagery extremes’.

The ‘Eye’s Mind’ researchers are keen to hear from those whose visual imagery lies at the extremes of the vividness spectrum. If you would be interested in taking part in research, please get in touch.

The online version of the art exhibition Extreme Imagination: Inside the Mind's Eye was launched. It also documents the exhibition catalogue and the essays therin, the talks given at the accompanying conference, artist interviews, and resources on extreme imagination.

Extreme Imagination – inside the mind’s eye opens at RAMM

Prof Adam Zeman on the Not Exactly Rocket Science podcast

Extreme Imagination – inside the mind’s eye opens at Tramway

The Eye’s Mind conference – a wide-ranging, multi-disciplinary exploration of the visual imagination – recently took place at the Sainsbury Centre at University of East Anglia, Norwich.

‘On Picturing a Candle: the Prehistory of Imagery Science’

Susan Aldworth: What is Visual Imagination? Preliminary results from a survey of student artists by Susan Aldworth.  All text and images © Susan Aldworth, shown with permission of the artist.

Matthew MacKisack: ‘Neuroscience and the Imagination’ Art & Science – Conference on Empirical Methods in Art History and Visual Studies at University of Vienna