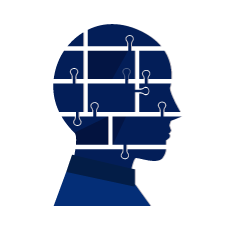 The Rethinking the Senses project is pleased to announce a research-intensive interdisciplinary workshop on the subject of Perception and Cognition: Top-Down Influences in Perceptual Experience to be held on the 8th and 9th of September at the University of Glasgow’s Centre for the Study of Perceptual Experience.

This event will aim to address two distinct, but closely connected, issues in contemporary philosophy and science of perception: (i) the distinction between, on the one hand, perception or perceptual experience, and, on the other, cognition or thought; and (ii) the mechanisms for, and degree to which, the latter influences the former; i.e. cognitive penetration and other top-down effects.

The workshop will combine presentation of some of the latest philosophical and scientific research on these topics in a way that aims to make genuine progress on these important and interconnected issues, as well as to draw out the implications of this research for the philosophy and science of perception. The workshop will conclude with a roundtable discussion between participants.

Topics covered will include:

Registration, breaks and lunches will be in the Philosophy Common Room, Level 3, 67 Oakfield Avenue.

19:30: Dinner at The Ubiquitous Chip Brasserie

Please note that registration for this event has now closed. For further information, or if you have any questions concerning this event, please contact the event organiser, Keith Wilson.

This event is made possible through the generous support of

Centre for the Study of Perceptual Experience
University of Glasgow