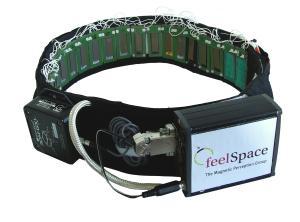 Since 1968 scientists have been creating sensory substitution and augmentation devices. With these devices they try to replace or enhance one sense by using another sense. For example, in tactile–vision, stimulation of the skin driven by input to a camera is used to replace the ordinary sense of vision that uses our eyes. The feelSpace belt aims to give people a magnetic sense of direction using vibrotactile stimulation driven by a digital compass. This conference will bring together people developing these technologies, the psychologists studying the minds and behaviour of subjects who use the devices, and the neuroscientists and philosophers interested in the nature of perceptual experience and sensory interaction. We will explore the nature, limits and possibilities of these technologies, how they can be used to help those with sensory impairments, and what they can tell us about perception and perceptual experience in general. Further details of the academic themes of the conference are here.

(Recordings with slides shows of all the talks are available, together with a video of the demo event, on YouTube. Links to specific times are below. All the content is also available on iTunes. Thanks to Gerard Malcolm, Digital Media Officer, Communications Office, University of Glasgow and Umut Baysan, former PhD student in Philosophy, for their work to make this possible.)

Conference dinners are planned at a local restaurant on the evenings of Tuesday 26 March and Wednesday 27 March 2013. Please e-mail events@britac.ac.uk if you would like your name to be added to the group booking. There will be an additional charge (to be determined) for this.

Registration is essential for both the conference and the demonstration event.

The conference is organised by Professor Fiona Macpherson under the auspices of the Centre for the Study of Perceptual Experience at the University of Glasgow and the Network for Sensory Research.