Professor Richard Berry is Director of CRCEES and Head of Central and East European Studies at the University of Glasgow; and the Transnational Education Dean for the University of Glasgow - Nankai University Joint Graduate School in Tianjin, China. He is also currently Chair of the Board of Management of the Europe-Asia Studies journal and a member of its editorial board. Previously, Professor Berry was head of the Department of Central and East European Studies from 1999 - 2006; and Dean of Graduate Studies in the College of Social Sciences (2012 - 2017).   He has also served as an assessor for the ESRC on the Area and Development Studies 1+3 recognition exercise. 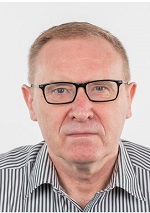 Professor Clare McManus is Co-Director of CRCEES and has extensive experience of managing postgraduate programmes. She established an international joint degree programme, International Master in Russian, Central and East European Studies, which won the European Union's prestigious Erasmus Mundus recognition in 2011.  Restructured and re-named as the Erasmus Mundus Joint Master Degree (EMJMD) International Master in Central and East European, Russian and Eurasian Studies (CEERES),  it achieved a second successful EMJMD recognition in 2017.  Clare was International Dean for the College of Social Sciences (2013-2019) and is now Dean for Global Engagement (South East Asia and Australasia). 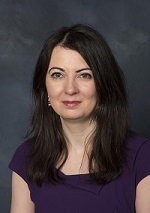 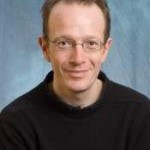 Professor (International Relations), and Head of School of Social Sciences 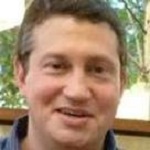 Professor (International Relations), Past Director of both the Institute of Middle East, Central Asia and Caucasus Studies (MECACS) and of the Centre for Russian, Soviet, Central, Eastern European Studies (CRSCEES) at the University of St Andrews

Research interests: Security and conflict, and conflict resolution in the post-Soviet space; comparative regionalism, that is as a global phenomenon, and then in its many forms across the post-communist world; Visegrad states; capacities of normative international organizations (IOs), i.e. IOs with limited incentivization and coercive capabilities but which still seek to induce norm adherence from recalcitrant member/participating states; political legacies of communist-era dissident thinking

Professor (Russian and Sociolingistics); and Academic Director of the Princess Dashkova Russian Centre

Research interests: Socio-cultural linguistics in its relation to Russian. She is particularly interested in post-Soviet subjectivity as reflected, constructed and performed in discourse, and in application of theories of post-colonialism, globalism and cosmopolitanism to the post-Soviet phenomenon of global Russian 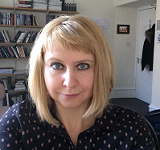 Research interests: Critical discourse analysis to explore the gradual build-up and structure of violent verbal/visual imagery in political and media discourse as a rhetorical prelude to the wars in the former Yugoslavia; Legal, literary and cinematic representations of banishment; Legendary narratives in literary texts and how they reflect the underlying tensions between the poetical and ethical concerns of the Yugoslav writer Danilo Kiš; Utilisation of internal displacement by authoritarian regimes of East and South-East Europe and comparison of a series of literary texts from Balkan and Russian literature which reflect an elaborate system of social and political punishments by means of spatial distance 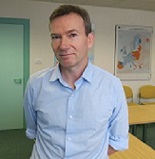 Research interests: Regional and urban economic development and policy in Central and Eastern Europe (particularly Poland) and the United Kingdom; Governance and implementation of national regional policy and Cohesion policy

The International Advisory Board meets annually and comprises of representatives from academic partner institutions in the region of study including: