On Tuesday 21st June 2022, CMALS organised a 'relaunch' workshop which focused on networking, funding and collaboration. The event was held in-person at University of Glasgow with around 40 academic staff, postdocs and PhD students from across the CMALS community registering for the event.  The key purpose was to reinvigorate the Centre following two years of limited in-person events and interaction due to the pandemic. The event featured a talk on funding opportunities from the EPSRC Mathematical Sciences team as well as round-table discussion around themes.

Tuesday 31st May 2022 saw the third event in the SofTMech Training Programme, held in conjunction with the Centre for Mathematics Applied to Life Sciences (CMALS).  The event was an in-person Poster competition open to PhD students from SofTMech and CMALS. 28 people registered for the event; 17 presented posters.  After two years of the pandemic this event gave a valuable opportunity to at last ask questions in person, for discussion and perhaps just as importantly to meet some colleagues for the first time. Students participated in the event from the University of Glasgow Schools of Mathematics and Statistics, Biomedical Engineering, Ultrasonic Engineering and Computational Mechanics. Students came from the University of Strathclyde departments of Mathematics & Statistics and Biomedical Engineering.

The posters were judged by a combination of a panel of members of staff and also by the students themselves, who were each allowed one vote for their favourite poster. The standard of posters was high across the board. Certificates and vouchers were awarded to the best three posters

A symposium on Continuum Questions

CMALS co-organised the above titled workshop on 12-13th May 2022 at the University of Glasgow, with a hybrid format for those wanting to join online. Full details are available at the workshop website

On the 7th of December, CMALS organised an event between students and postdocs. With a large new intake of both at Glasgow and Strathclyde following the pandemic, it felt natural to organise an event that allowed students to interact, albeit on Zoom, with peers they may not have yet met. Each individual presented their work for 5 minutes, with additional time allowed for discussion. This allowed new students to present initial findings of their research, whilst late-term students took advantage of presenting their work to new audiences, alike the environment of a conference. Following the presentations, a more informal discussion ensued which allowed peers to interact, primarily focusing on the demands of PhD. Approximately 15 CMALS members attended the event which received great feedback, with the aspiration of similar events to be organised again in the future.

CMALS organised an afternoon virtual ‘Show & Tell’ event on Wednesday 28th April 2021.  The primary aims of the event were to stimulate new collaborations and to resume the lively conversations between the two Universities. Moreover, the event provided an opportunity to elect the CMALS committee for the coming years.

Around 30 members of staff from across Mathematics & Statistics, Engineering and Life Sciences delivered a 5 minute talk providing a very brief overview of their research interests.

On the 12th of December 2019, CMALS organised a One Health workshop at the University of Strathclyde. Keynote talks were given by Prof Rowland Kao (Edinburgh), Prof David Greenhalgh (Strathclyde) and Prof Nick Hanley (Glasgow), covering the animal, human and economics aspects of One Health, respectively. Representatives from BBSRC and MRC attended to give presentations on various funding opportunities. The workshop closed with an interactive session and group discussion

On the 7th of November, CMALS organised a careers event for PhD students and Research Associates. Topics discussed were the differences between careers in academia vs careers in industry, how to find positions and how to demonstrate transferrable skills. We had presentations from Dr Laurie Baker and Dr Alan Yeung, both ex- PhD students who talked about their experiences moving from academia to industry and what they had learnt. We also heard from Katrina Gardner from UoG Careers Services who discussed the resources available as well as the transferrable skills unique to completing a PhD in applied mathematics. Katrina also led breakout sessions focussed on expectations and reservations about the differences between the two career paths. Finally, Dr Sean McGinty spoke about his experiences in both academia and industry, and the various pros and cons. Approximately 30 CMALS members attended and we had great feedback saying the event was both informative and helpful. 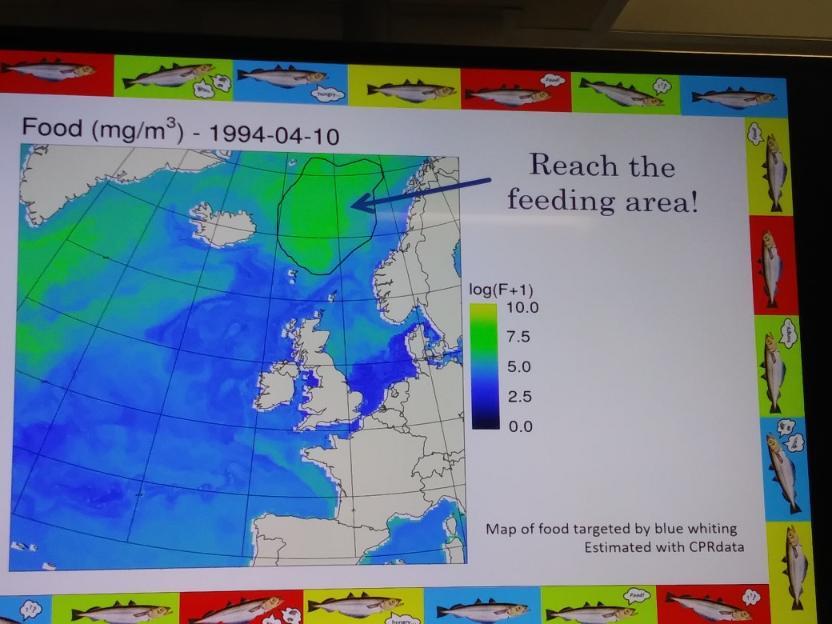 On 26th March 2019, CMALS organized an event which allowed PhD students and RAs to showcase their research. The event featured a mixture of ‘Standard’ oral presentations as well as some very entertaining ‘creative’ presentations.  The prize for best standard presentation was awarded to Lucile Chatellard for her talk on waste management. Because of the high standard of entries to the creative presentations round, two prizes were awarded. Emma Dolmaire was awarded first prize for her game on spatial modelling of the feeding migration of blue whiting whilst Agnes Olin was awarded the second prize for her ceilidh dance on North Sea food web modelling.

Workshop on Mathematical Modelling in Biomechanics 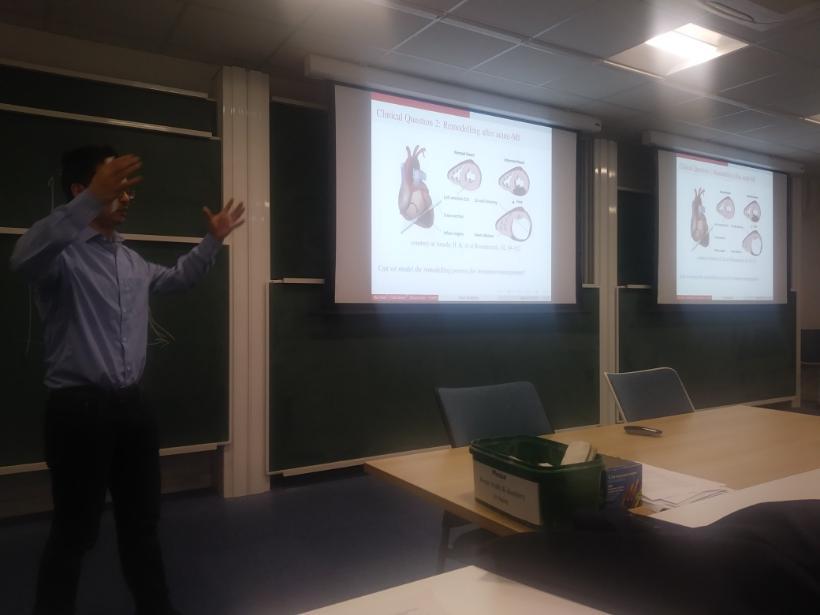 On 19th March 2019, ‌‌CMALS organised a workshop on Biomechanics.  Prof Alfio Grillo (Torino) delivered the keynote talk on "Structural reorganisation and fibre reorientation in fibre-reinforced biological tissues". Other talks focussed on constitutive models of composites; convergence of forward and inverse models; modelling oculoplastic surgery and; modelling of in vivo cardiac function. The event was attended by 30 people.

On 6th December 2018‌, ‌‌CMALS organised a poster competition for students and postdocs.  A total of 17 students and postdocs entered the competition. The CMALS Committee judged the standard to be very high.  First prize was awarded to Karol Lewandowski for his poster "Spare the horses: Adaption, exercise &horse racing in numerical simulations ", while the runner-up Prize was awarded to Mihaela Paun for her poster entitled "Parameter inference in a mathematical model of the pulmonary circulation". 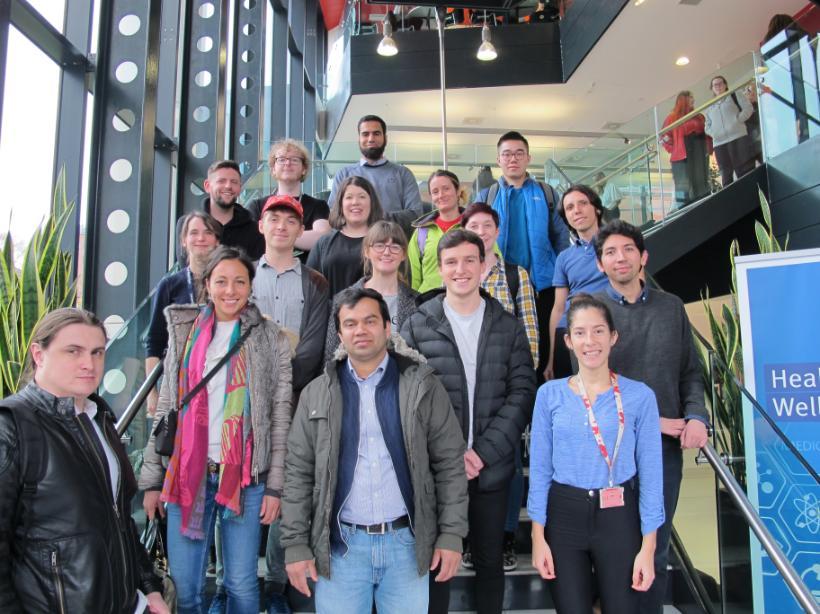 On 5th November 2018‌, ‌‌CMALS organised a student visit to two experimental labs.  The purpose of the event was to give CMALS students a better appreciation of the experimental techniques and methods involved in acquiring the data they use in their mathematical modelling. In the morning, students visited the Duncan Lab at University of Strathclyde where research is conducted focussing on chemsitry, molecular biology, microbiology and all things marine-drug-discovery related. In the afternoon the students visited  the Beatson Institute where cancer research is conducted. CMALS extends many thanks to the lab leaders for facilitiating this event. 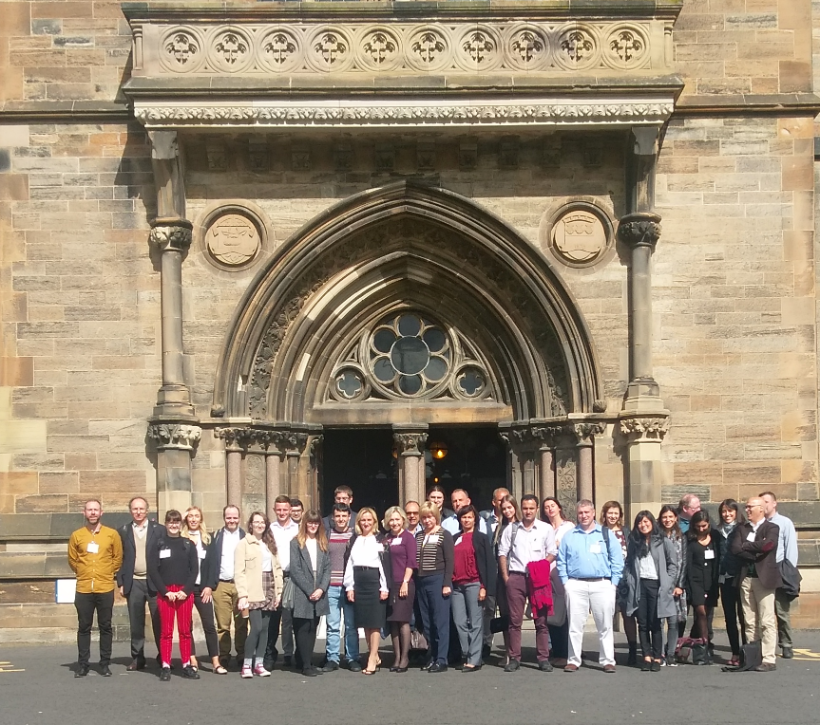 CMALS organised a 3 day workshop from 3-5 September 2018 entitled Modelling and Experiments in Drug Delivery Systems. Over 50 delegates covering modellers, experimentalists, industrialists and clinicians attended the event which featured an industry problem solving session. David Prime from GlaxoSmithKline presented a problem on drug delivery to the lung, while Prof Anthony Chalmers presented a clinical problem on drug delivery to brain tumours.  Kenote speakers included David Saylor from the US Food and Drug Administration (FDA), Prof Paolo Netti from University of Naples federico II and Prof Keith Oldroyd from the Golden Jubilee Hospital in Glasgow. In addition, over 30  MEDDS Abstracts were accepted and presented in oral and poster formats. The event was a huge success. Many new collaborations have been formed and there are ongoing discussions  in relation to taking the industry problems forward. 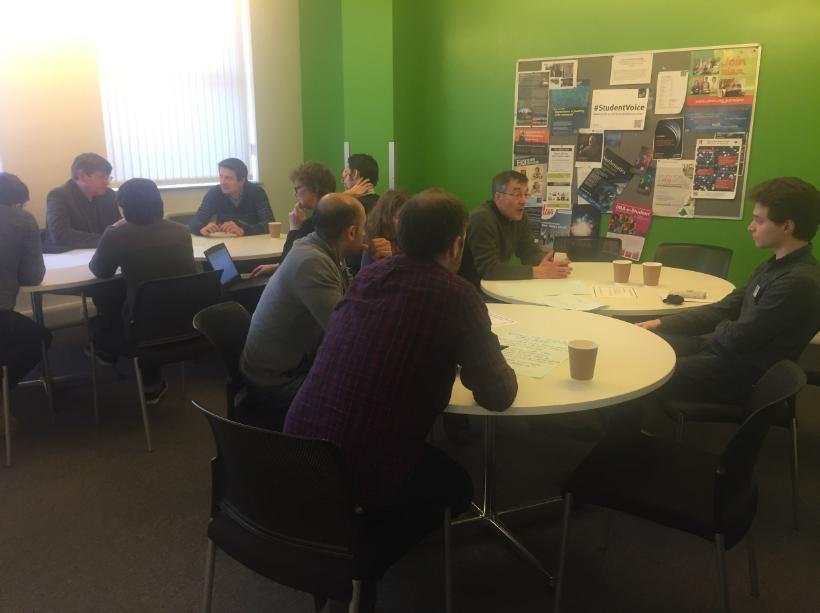 CMALS organised a half-day ‘Show & Tell’ event on the afternoon of 11th December 2017 at University of Strathclyde. Over 30 academics from across the Universities of Glasgow and Strathclyde attended and gave short presentations on their research interests.  Presenters included those engaged in both mathematical modelling and experimental research, and covered a variety of career stages.  The primary aims of the event were to stimulate new collaborations and to resume the lively conversations between the two Universities. A round table discussion session allowed attendees to express their opinions on such topics as the CMALS Themes, Future Events and Funding Opportunities. 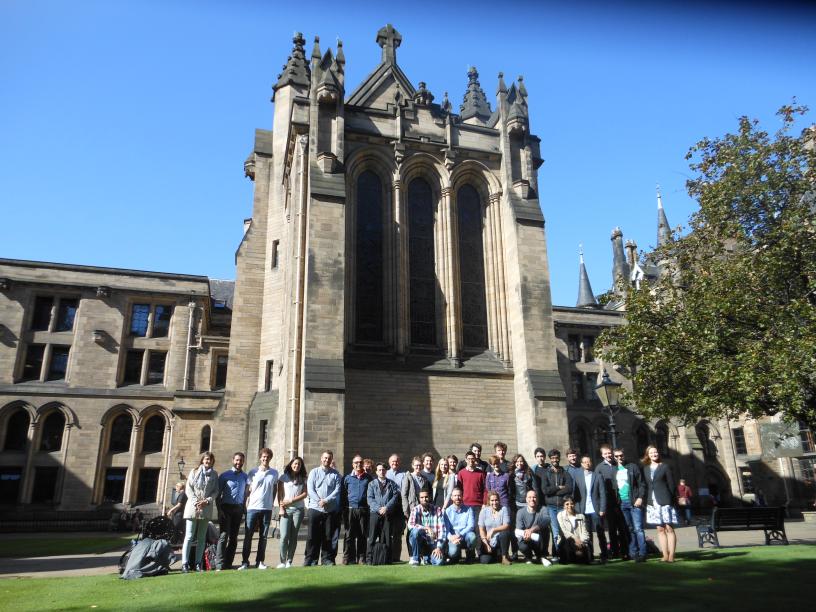