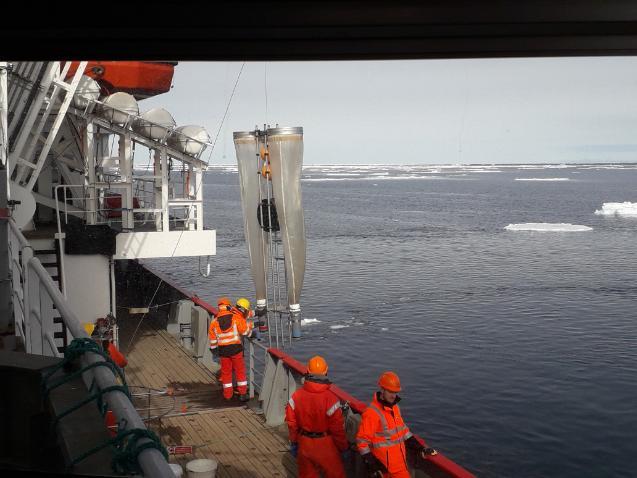 As part of the DIAPOD (Mechanistic Study of Diatoms in the success of the Arctic Calanus Complex and Implication for a Warmer Arctic) project of the UK Natural Environment Research Council’s (NERC) Changing Arctic Ocean (CAO) programme staff in the Department of Mathematics and Statistics at the University of Strathclyde (Dr Douglas Speirs and Professor Michael Heath) have been developing a spatial population model to explore the consequences of climate change on the population dynamics of marine zooplankton. The work is in collaboration with field biologists and experimentalist at the National Oceanographic Centre (NOC), Plymouth Marine Laboratory (PML), British Antarctic Survey (BAS), Scottish Association for Marine Science (SAMS), Marine Biological Association (MBA), and the University of Stirling, and is focused on the copepod species Calanus finmarchicus. This species is widely distributed over the North Atlantic, extending into the Arctic, and dominates the mesozooplanktonic biomass in much that region. Through grazing on phytoplankton it contributes substantially to oceanic secondary production, and it is a major species of prey for a wide range of commercially exploited fish. However, its geographic distribution has been changing over time, with its southern edge moving northwards as it is replaced by warmer water species. With continued warming of the Arctic it is thought that there will be associated changes in the northern limits of its distribution. Moreover C. finmarchicus sinks to great depth (in excess of 1000m) and enters a hibernation-like state during the winter before rising again to the surface in the spring to reproduce.  Since they store lipid energy reserves for overwintering, this huge vertical migration involves a large transfer of surface production to the deep ocean. This effect, known as the lipid pump, means that the amount of carbon sequestered by C. finmarchicus alone is approximately the same as the annual sinking flux of detrital carbon.  So, warming Arctic waters not only have the potential to change the distribution of C. finmarchicus, but also may have an impact on deep ocean carbon sequestration. In order to improve our predictive capability of these processes under IPCC climate change scenarios DIAPOD is developing a new spatially explicit stage-structured model of C. finmarchicus  populations throughout the North Atlantic, which includes recent advances in understanding Calanus biology. The model is driven by physical transport, temperature, and food fields, derived from global ocean circulation-biogeochemical models. Initial model results show a counterintuitive prediction whereby Arctic warming in the Barents Sea will drive a northward range expansion into that region up until the 2050’s, but afterwards the population abundance declines despite continued warming. The key to the unexpected decline phase is that, while surface warming reduces ice cover and increases production, deep water warming eventually increases the energetic costs of overwintering to unsustainable levels.

The image above shows the deployment of vertical bongo plankton nets from the RSS James Clerk Ross in the Fram Straight (between north Greenland and Svalbard) during the 2018 DIAPOD project cruise (photograph courtesy of Dr Aidan Hunter, University of Strathclyde).

Mathematical Modelling of the Control of Dengue in Malaysia 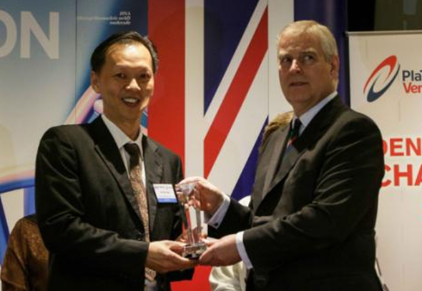 Dengue Fever is caused by a virus spread by mosquitoes and the disease has spread rapidly in tropical climates in recent years. In collaboration with entrepreneurs and entomologists at OneTeam Networks Sdn Bhd, a Malaysian SME, and the Institute for Medical Research, Kuala Lumpur,  and other experts in Malaysian Universities academics in the Department of Mathematics and Statistics at Strathclyde University (Professor David Greenhalgh and Dr Yanfeng Liang), are developing a mathematical model for a new mosquito trap, which contains a chemical that attracts mosquitoes to lay their eggs in the trap where they do not develop. Moreover the proposed new mosquito trap is much more environmentally friendly than traditional Dengue control measures such as environmental fogging. Mathematical models using differential equations are being used to model the spread of disease and the effect of different numbers of traps, incorporating the effects of factors such as the annual seasonal pattern of the mosquito population. The models use data from trials of the traps in Kuala Lumpur, Malaysia and other sites. Results from a previous trial indicate that the new mosquito trap deployed over a 44 week period in a complex of three blocks of flats in a Dengue hotspot reduced the annual number of cases from around 53 to 14. The work is funded through the Newton Ungku-Omar Fund via the British Council Malaysia and PlatCOM ventures.

The image above show Prince Andrew presenting the award to our Malaysian collaborators.