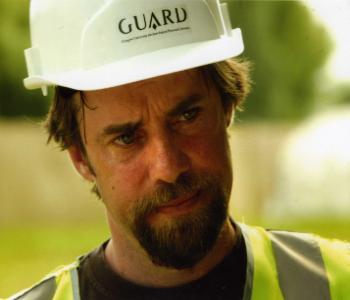 Dr Tony Pollard is the Director of the Centre for Battlefield Archaeology and a Senior Lecturer in the Department of Archaeology at the University of Glasgow. Tony is convener of the MLitt in Battlefield and Conflict Archaeology run through the Centre for Battlefield Archaeology, the first MLitt course of its type. He has carried out battlefield and conflict related archaeological projects in the UK, mainland Europe, Africa and South America. His interests range from 18th century warfare, particularly in relation to the Jacobite rebellions in Scotland, to the archaeology of the First and Second World Wars. On behalf of the Australian Army he directed the programmes of survey and evaluation which brought to light the WWI mass graves of Australian and British troops at Fromelles in France. Other recent projects directed by Tony include the excavation of a First World War dug out near Ypres, the first archaeological project to be carried out within the town of Fort William and a community based  investigation of the site on the Battle of Prestonpans. Tony has written widely for both popular and academic audiences.

Pollard, T. and Banks, I.  2007. ‘Now The Wars Are Over: The Past Present and Future of Scottish Battlefields’. Special Scottish edition of the Journal of Historical Archaeology, edited by Driscoll, S. and Dalglish, C.

Pollard, T. and Banks, I. (eds) 2006. Past Tense: Studies in the archaeology of Conflict. Brill Academic Publishers, Leiden, Netherlands. 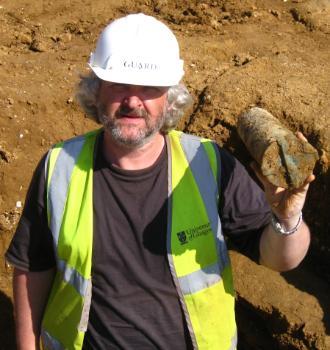 Dr Iain Banks is the Executive Director of the Centre for Battlefield Archaeology. He has worked on battlefield projects across the UK, Europe and Africa, both as a geophysicist and excavator. He plays an active part in the teaching of the MLitt in Battlefield and Conflict Archaeology at the University of Glasgow. His main interests in the subject are the Prehistory and Anthropology of Warfare and Warfare in the Twentieth Century.