Conferences, symposia, retreats and similar events allow students and staff to meet with a variety of students, scholars, and professionals, thereby learning, making friends and establishing contacts. With these objectives in mind, the Andrew Hook Centre has emerged as a leading organiser of and participant in these kinds of scholarly activities.

Scottish Association for the Study of America annual conference on 5 March 2022: 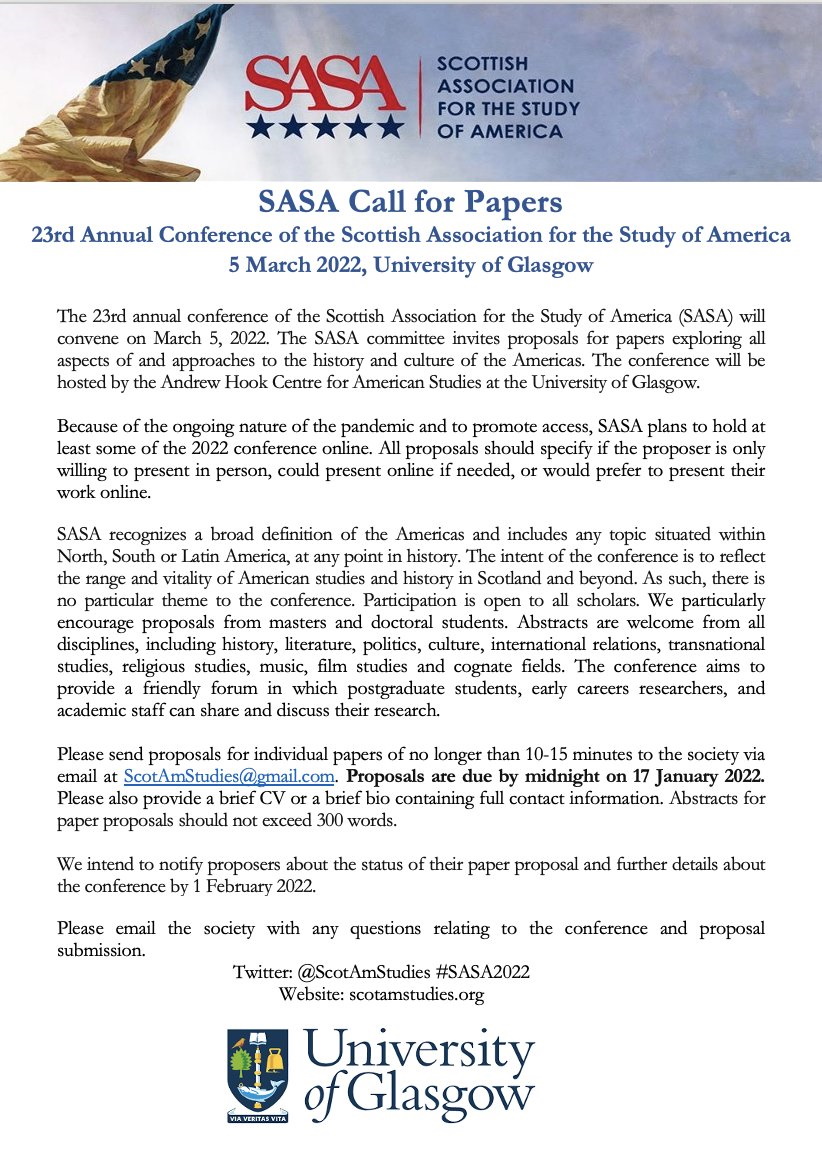 13th annual conference of the Scottish Association for the Study of America (SASA), 17 March 2012

Meeting of postgraduate students and academics in all fields of American Studies, from all over the UK.

A conference exploring transatlantic literary and cultural relations over the past five centuries.

A symposium of scholars from the United States, Canada, the Caribbean and Europe exploring current research on plantation slavery in the Americas. See the project.

Annual conference of the Omhundro Institute of Early American History and Culture, 11-15 July 2001

This is the world’s leading annual conference for scholars of early America and the Atlantic World, exploring the history, culture and literature of British America in the 17th, 18th and early 19th centuries. This is the only occasion that this conference has been held outside of North America.