A gravitational-wave researcher from the University of Glasgow’s School of Physics & Astronomy has been announced as the recipient of an award from the Royal Astronomical Society (RAS).

Dr Christopher Berry was named as the winner of the Fowler Award at a meeting of the Society on Friday 13th January. 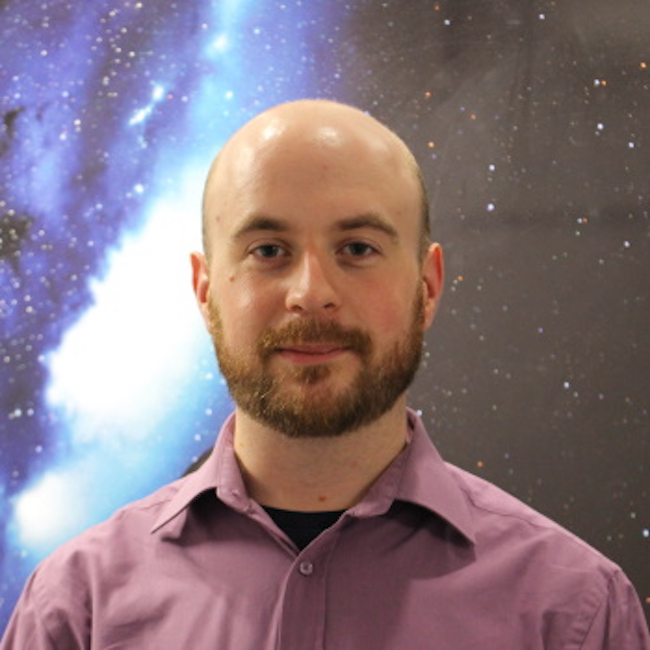 Each year the RAS recognises significant achievement in the fields of astronomy and geophysics through a series of awards, encompassing different types of talent from research to education and outreach.

The Fowler Award, established in 2004 through the generosity of Mrs Rosemary Fowler, recognises early career scientists who have made outstanding contributions to their field in astronomy within a decade of completing their PhD.

Since the first detection of gravitational waves in 2015, Dr Christopher Berry has made outstanding scientific contributions to the LIGO Scientific, Virgo and KAGRA Collaborations. He has consistently demonstrated world-leading expertise in both data analysis methodology and the astrophysical interpretation of results.

In addition to his work on gravitational waves, Dr Berry’s research interests are extremely diverse, ranging from cosmology and fundamental physics to stellar evolution. As well as his outstanding scientific track record, he is an exceptional science communicator who has made seminal contributions to the education and outreach program of the LIGO Scientific, Virgo and KAGRA Collaborations.

Dr Berry said: “I’m delighted to have been honoured by the Royal Astronomical Society with the Fowler Award. I am proud that our achievements in gravitational-wave science are so appreciated by the astronomical community, and I’m grateful to the Society for their recognition.

“The field of gravitational-wave astronomy has advanced rapidly since our first discovery of the coalescence of black holes seven years ago. I’m extremely fortunate to have been part of the international LIGO Scientific, Virgo and KAGRA Collaboration during this exciting time of first detections, so that I could contribute to such a remarkable set of observations. It has been a huge amount of hard work, but I have learnt a lot, and had the privilege to work with some excellent teams.”

The LIGO Scientific, Virgo and KAGRA Collaborations are due to begin their next observing run later this year, when gravitational-wave detections are expected to be made on an almost daily basis.

Professor Mike Edmunds, the President of the Royal Astronomical Society, said: “One of the best parts of my role as President is celebrating the remarkable talent in the astronomy and geophysics community. Our medals and awards honour the very best people in our sciences, marking both those with extraordinary promise at the start of their careers and those who have shaped our understanding of the Earth and the cosmos over decades. My congratulations to everyone!”