Scientists have found a new drug treatment that can slow the progression of neurodegenerative disease in mice. The breakthrough research may offer fresh hope in tackling currently untreatable conditions such as Alzheimer’s disease.

The study – led by researchers at the University of Glasgow’s new Advanced Research Centre (ARC) and published today in Science Signaling – found that by using a novel drug, which selectively activates a brain protein called the M1-receptor, the lifespan of mice suffering from neurodegeneration could be extended. The M1-receptor is a key brain protein, involved in memory and learning in people, and is an important potential target for neurodegenerative disease treatment.

Currently, Alzheimer’s disease is the most common form of neurodegenerative disease, affecting more then 850,000 people in the UK and over 55 million worldwide. The study demonstrates how many of the features of human Alzheimer’s disease, including memory loss and inflammation of the brain, could be treated in mice when they were given the new drug, known as a positive allosteric modulator (M1-PAM). The breakthrough described in this study indicates that, beyond treating symptoms, M1-PAMs may also be able to slow the overall progression of the disease.

The drug used in the study is the result of over a decade of research from the teams at Vanderbilt University in Nashville, Tennessee and the University of Glasgow. The Vanderbilt University team are currently testing an M1-PAM in humans as a treatment for memory loss in Alzheimer’s disease (AD) patients. The remarkable finding published today points to the prospect that the M1-PAM currently being tested on AD patients for memory loss might also actually slow the progression of Alzheimer’s disease.

Professor Andrew Tobin, Director of the ARC and Professor of Molecular Pharmacology at the University of Glasgow, said: “The world desperately needs clues as to how to stop neurodegenerative diseases like Alzheimer’s disease – and our study is of critical importance as we show that many of the features of the disease seen in our animal model can be halted by our drug treatment.”

Currently, treatments for Alzheimer’s disease can only target symptoms, including memory impairment. Despite considerable effort by scientists across the world, attempts to find a drug that can halt or slow the progression of the disease have been, until now, unsuccessful. However, the breakthrough findings in this research highlight a potential new drug candidate that may be able to achieve this. 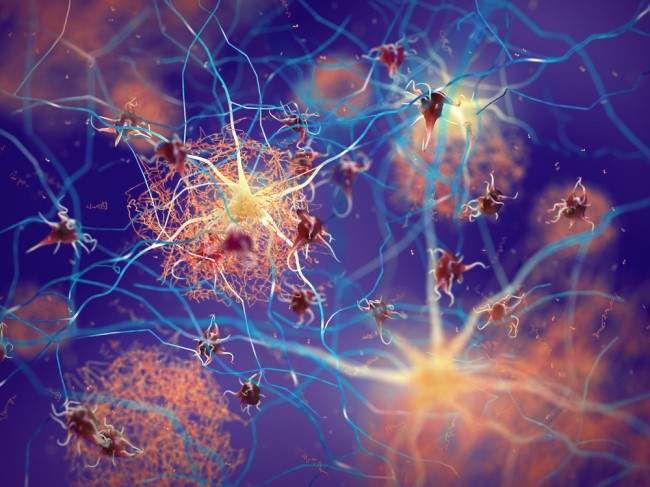 Professor Craig Lindsley, the lead scientist at Vanderbilt University said: “This is a very important moment, as we genuinely have the prospect of not only treating the symptoms of Alzheimer’s disease, including memory loss, but that we might actually be able to slow the disease and increase the lifespan of sufferers from neurodegenerative diseases like Alzheimer’s disease.”

Dr Louis Dwomoh, lead author on the study from the University of Glasgow, adds: “It is a huge privilege to be involved in a study that provides hope for a treatment that may halt Alzheimer’s disease. The findings mark a substantial step forward in a potential treatment for this terrible disease.”

Dr Sophie Bradley, Honorary Senior Research Fellow at the University of Glasgow and co-corresponding author of the paper, said: “This study adds further support to the rationale for targeting M1 muscarinic acetylcholine receptors in neurodegenerative diseases, such as Alzheimer’s disease, and raises the possibility that this target may mediate disease modifying effects in addition to improving symptoms associated with the disease.”

The University of Glasgow’s £116million Advanced Research Centre (ARC) provides a collaborative environment which enables researchers from a range of disciplines to work side-by-side to address major healthcare challenges such as Alzheimer’s disease. Transforming pre-clinical drug discovery is a key focus of researchers in the ARC, bringing together expertise from molecular pharmacology, chemistry and quantum to speed up the drug discovery process and increase the likelihood of a drug being effective.

The study, ‘M1 muscarinic receptor activation reduces the molecular pathology and slows the progression of prion-mediated neurodegenerative disease’ is published in Science Signaling. The work was funded by Wellcome.