An iron infusion every one to two years could help people with heart failure to avoid being admitted to hospital, according to research funded by the British Heart Foundation presented today at the American Heart Association conference and published in The Lancet. 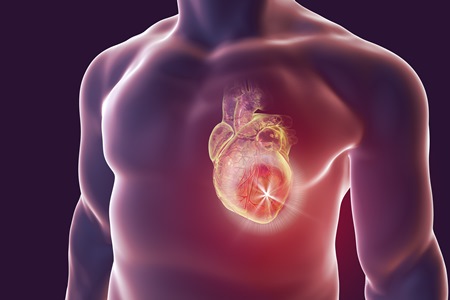 Nearly one million people in the UK are living with heart failure2, where the heart can’t pump blood around the body as well as it should. This can leave people struggling with everyday tasks and, as their symptoms worsen, can lead to long stays in hospital. Around one in ten people will die during a heart failure hospital admission in the UK3.

Our bodies need iron to work properly, and it’s vital for our cells to produce energy. Up to half of people with heart failure also have low iron levels and this has been linked to worse symptoms, lower quality of life, and greater risk of hospitalisation and death.

Now, researchers have shown that an intravenous iron infusion (where iron is delivered into a vein via a drip) is a safe and effective way to reduce the risk of hospitalisation for heart failure in people with the condition, with most people only requiring treatment every one to two years.

Professor Paul Kalra, Honorary Clinical Senior Lecturer at the University of Glasgow and consultant cardiologist at Portsmouth Hospitals University NHS Trust, led the IRONMAN study. He said: “The IRONMAN trial shows for the first time the longer-term benefits and safety of intravenous iron treatment in heart failure, adding to the growing evidence of its favourable effects. We should now be recommending that, in people with heart failure, regular assessment of iron status is performed and treatment given if iron deficiency is found. Now is an opportune time to update national clinical guidelines.”

In the study, 1,137 people with heart failure and low iron levels received either intravenous iron infusions or their usual care. Participants visited hospital every four months where they had their iron levels measured, and people in the iron group were given an infusion if their levels were low. Iron was given via an intravenous drip over 30 minutes and people stayed for 30 minutes afterwards for observation.

People in the study were followed-up for an average of 2.7 years. The majority (78 per cent) of the iron group received just one or two intravenous iron infusions during this time.

The researchers found that iron infusions reduced the risk of hospitalisation due to heart failure and dying from a heart related cause by 18 per cent compared to usual care. People who received iron infusions also reported a better quality of life at four months.

The Covid-19 pandemic significantly impacted the trial, affecting people's ability and willingness to visit hospitals. This made it likely that some people missed out on receiving an iron infusion and potentially impacted the results. Because of this, the researchers also looked at the data from the 1,063 people who were part of the trial before 31 March 2020 and whose treatment wouldn’t have been as affected by the pandemic.

This analysis showed a stronger benefit of iron infusions over usual care, with the risk of hospitalisation due to heart failure and dying of a heart related cause 24 per cent lower in the iron group compared to usual care.

Professor Kalra continued: “Despite great advances in treatment and care in recent decades, many people with heart failure still have symptoms that impact their daily lives and rates of hospital admissions remain high.

“We’ve shown that as little as one 60-minute treatment, repeated when needed, can be enough for most people with heart failure to top up their iron levels, help improve their wellbeing and keep them out of hospital. Treatment with intravenous iron can make a real difference to patients, and this is on top of our other treatments”

“At a time when the NHS is under more pressure than ever, this straightforward and inexpensive treatment not only helps patients with heart failure feel better, but by reducing the need for hospitalisation can also free up extra time and beds to help tackle the growing backlog of heart care.”

This research was also supported by Pharmacosmos.

Link to the full study