New laboratory research using cells from human lungs has, for the first time, offered insights into the hidden world of viral coinfections.

Led by the MRC-University of Glasgow Centre for Virus Research and published in Nature Microbiology, the new research offers a rare glimpse into the world of viral coinfection in human cells. Researchers believe findings from the study may help to explain why coinfections lead to significantly worse outcomes for some patients, including hard-to-treat viral pneumonia. 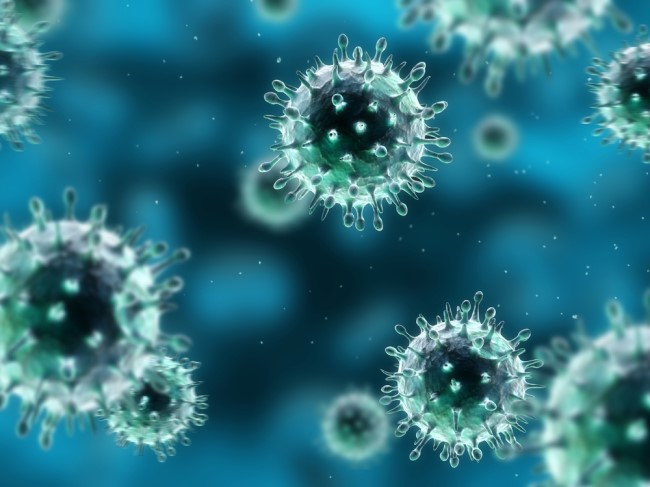 Using human lung cells, the researchers studied how two viruses – influenza A and respiratory syncytial virus (RSV) – behaved when they infected cells at the same time. Influenza A causes over five million hospitalisations globally each year and is a major burden on the NHS and healthcare settings in winter months. RSV is the leading cause of acute lower respiratory tract infection in children under five years of age, and can lead to severe illness and hospitalisations in some children.

Coinfections by more than one virus represent around 10-30% of all respiratory viral infections and are common among children. The clinical impact of viral coinfections remains unclear: while some previous studies indicate that coinfections do not alter the outcome of disease, others have reported an increase in cases of viral pneumonia.

The team of researchers from the University of Glasgow found that, in laboratory based human lung cell samples, coinfection with influenza A and RSV could lead to the creation of two new hybrid virus particles, with the potential to evade immunity. Using super-resolution microscopy, live-cell imaging and cryo-electron tomography (Cryo-ET), the researchers were able to ‘see’ hybrid virus particles with key elements of both influenza A and RSV, including genetic information from both viruses. One of the hybrid virus particles were able to infect new cells with influenza A using the entry mechanism from the RSV virus, enabling them to evade natural immune responses and unlocking access to cells that do not have receptors for influenza A virus.

These laboratory-based findings highlight the potential for hybrid virus particles to be created during coinfection with influenza A and RSV, which are both known to circulate in the community at the same time during winter months. However, it remains unknown whether, if during a natural human infection, there is any likelihood of a cell becoming coinfected and creating a hybrid virus particle.

Researchers believe these new observations shed light on previously unknown interactions between respiratory viruses – interactions that may help to explain why some patients coinfected with more than one virus suffer more severe consequences, and are more complex to treat.

Professor Pablo Murcia, from the MRC-University of Glasgow Centre for Virus Research, said: “This was an unexpected but very exciting discovery that challenges what we know about how viral particles are formed within a cell. Our next steps are to find out if hybrid particles are formed in patients with coinfections, and to identify which virus combinations can generate hybrid particles, although our working assumption is that only few respiratory viruses will form hybrid viruses.”

Beyond patient consequences, viral coinfection is thought to lead to a range of outcomes for the viruses involved too. At a cellular level, viruses can react to each other during co-infection, causing a number of potential outcomes. Previous studies by this group showed that some respiratory viruses trigger patient responses that block infection by other viruses.

While there is increasing evidence that interactions among viruses play an important role on virus dynamics and transmission, most of what scientists currently know about virus biology is based researching each different virus in isolation. This new study suggests that, going forward, more research needs to focus on studying the virus coinfection process.

First author of the paper, Dr Joanne Haney also from the MRC-University of Glasgow Centre for Virus Research, said: “Respiratory viruses exist as part of a community of many viruses that all target the same region of the body, like an ecological niche. We need to understand how these infections occur within the context of one another to gain a fuller picture of the biology of each individual virus. Coinfection studies can help us in preparing for future pandemics by understanding how the introduction of one virus can influence and interact with other circulating viruses.”

The study, ‘Coinfection by influenza A virus and respiratory syncytial virus produces hybrid virus particles’ is published in Nature Microbiology. The work was funded by The Medical Research Council (MRC).

School of Infection and Immunity

Link to the paper in Nature Microbiology