A high street voucher scheme has been hailed as a highly effective way to help women stop smoking during pregnancy. 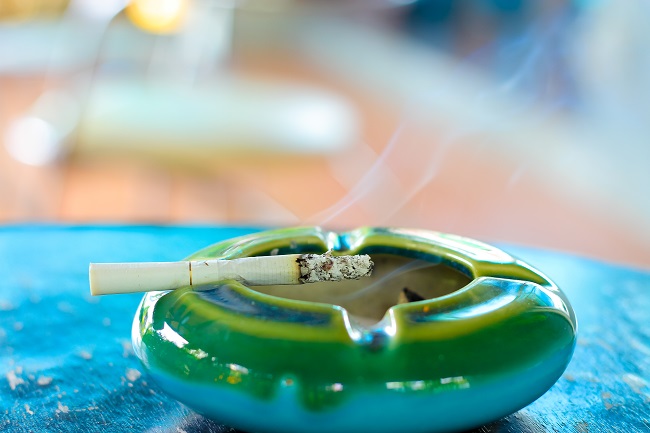 In a new nationwide UK study, led by the University of Glasgow in collaboration with the University of Edinburgh, Queen's University Belfast, and the Universities of Stirling and York, and published in The BMJ, the addition of a Love2Shop voucher incentive scheme alongside regular UK Stop Smoking Services was shown to more than double the number of women who stopped smoking during pregnancy.

The phase three randomised trial examined the effectiveness and the cost-effectiveness of adding an incentive of up £400 of high street vouchers to existing prenatal care, aimed at helping women to stop smoking in pregnancy. To do this, almost 1,000 pregnant women who were smokers were recruited to the trial, with half receiving standard Stop Smoking Services care and the other half the same prenatal care with the addition of the voucher incentive scheme for smoking cessation.

Researchers found that 26.8% of pregnant women quit smoking by the end of their pregnancy from the group which included the addition of the voucher incentive, while 12.3% of pregnant women from the control group, which received only the standard Stop Smoking Services care, stopped smoking.

Maternal smoking is responsible for significant ill health and death among women and their children, including 7% of childhood hospital admissions for respiratory infection, 20% of infant deaths and 30% of babies born underweight. Research has shown that women who permanently quit smoking during pregnancy will go on to have a near normal lifespan, whereas women who continue to smoke in pregnancy and beyond are likely to lose up to 10 years of life.

The study took place at seven different sites across the UK – in Scotland, England and Northern Ireland – and confirmed results through nicotine saliva testing. The participants were tested for smoking status between week 34 and week 38 of pregnancy. Most of the pregnant women who quit from both groups relapsed after their baby was born.

Research is ongoing to extend support, with financial voucher incentives, for 12 months after the baby is born, to see if mothers remain non-smokers ‘permanently’ benefitting both parent and child health.

Professor David Tappin, lead author of the study from the University of Glasgow, said: ‘We know that smoking in pregnancy can cause significant health problems for both mother and baby. Through this study, we have shown that the offer of high street vouchers, when offered in tandem with the current UK Stop Smoking Services, is highly effective at more than doubling smoking cessation during pregnancy, with a reduction in NHS costs over the long term. Pregnant smokers are usually on low incomes. Stopping smoking saves £70-£100 per week by not buying cigarettes, which feeds into the ‘levelling up’ agenda. We hope our findings will enable services to increase smoking cessation during pregnancy.”

The number of women who smoke in pregnancy has been declining in countries, including the UK and America, in recent years. In Scotland, between 1995 and 2019 self-reported smoking among pregnant women declined from 30.5% to 14.6% – a decline that was matched with falls in the rates of miscarriages and small births.

Despite progress in helping pregnant women to stop smoking, there is evidence that engagement with smoking cessation services is variable. Interventions using financial incentives, to encourage better engagement with stop smoking services, were initially piloted in the US and led to the development of this phase three trial in the UK.

Professor Linda Bauld, joint principal investigator for the study from the University of Edinburgh, said: “Our study shows just how effective high street vouchers are as a quitting aid when added to stop smoking service support. Most women who smoke in pregnancy in the UK are from lower income groups, who will be most affected by the cost of living crisis, and these vouchers will have helped them both make a quit attempt and stay smokefree through pregnancy. This kind of intervention is about prevention, spending up front to avoid much more serious and costly health problems for the baby and the Mum if she continues to smoke.”

Professor Frank Kee, Director of the Centre for Public Health at Queen's University Belfast and co-author, said: "Smoking during pregnancy poses a high risk to the health of both the baby and the mother. Through this research, we have found that offering an incentive can be an effective way to encourage women to stop smoking, thereby significantly reducing the health risk to the mother and baby. We hope that these findings can be used to inform future health policies."

Professor David Torgerson, Co-Director of York Trials Unit, said: "This was a close collaboration between the York Trials Unit at the University of York with colleagues around the country that delivered a successful study, which should have an important impact on smoking cessation among pregnant women."