New exhibition explores the afterlife of Scotland's most controversial monarch 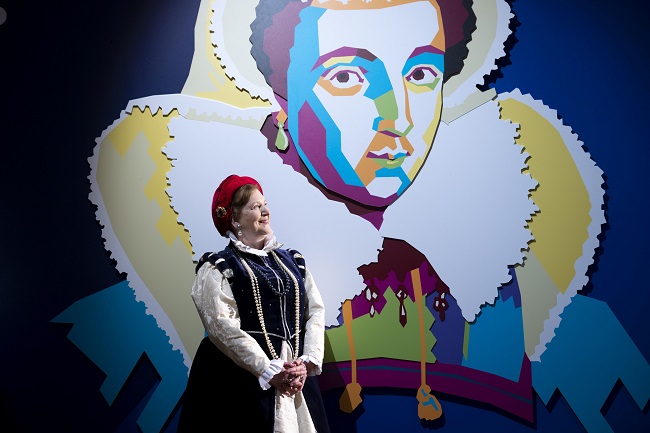 A major new exhibition exploring the afterlife of Scotland’s most controversial monarch, Mary Queen of Scots, opens at the University of Glasgow.

Inspired by the enduring interest in the life, and death, of the famous Scottish queen, this fascinating exhibition is at The Hunterian Art Gallery and explores the cultural afterlife of Mary Queen of Scots and her posthumous reputation.

It also considers why Mary has had such an important and enduring presence in Scottish collective memory and popular culture.

The new exhibition - which runs until February 2023 in The Hunterian Art Gallery, draws on the vast array of objects related to Mary Queen of Scots in the University of Glasgow’s collections.

The Afterlife of Mary Queen of Scots covers themes such as Princess, Queen and Captive, From Power to Romance and Iconic Mary.

It begins with objects dating from Mary’s own time that bring us as close as possible to the ‘real Mary’ then turns to the countless conflicting, emotionally charged and sometimes enigmatic depictions of Mary across over the centuries, before considering what she means to us today.

The objects tell their own tales and reveal a great deal about the way Mary's story has been used across the centuries to approach broader issues such as gender, sexuality, power, monarchy and diversity.

The exhibition explores what these objects can tell us about different societies’ attitudes to Mary and are selected from UofG's The Hunterian as well as, Archives and Special Collections. They include art, coins and medals, printed books and other archival material ranging from film posters and theatre programmes to
comic book artwork and rubber ducks.

Must see items include:

The Afterlife of Mary Queen of Scots Exhibition

The Afterlife of Mary Queen of Scots exhibition is at The Hunterian's Art Gallery, University of Glasgow from 14 October 2022 until 5 February 2023. Admission free.

A programme of family events inspired by the exhibition will run from 8–20 October 2022.

The Hunterian Art Gallery is open Tuesday to Sunday, 10.00am to 5.00pm. Closed Monday.

Image of Mary Queen of Scots: Rachel Maclean, The Queen, 2013. Courtesy the artist.

The Life and Afterlife of Mary Queen of Scots - FutureLearn Course