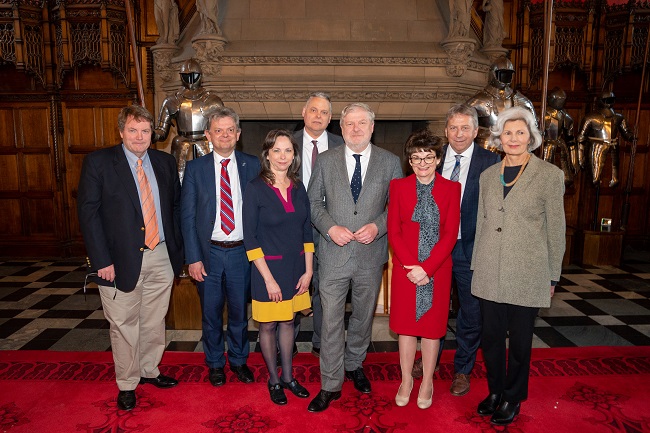 A dynamic new forum for global affairs in Scotland is being officially launched today.

The Scottish Council on Global Affairs (SCGA) will provide a non-partisan hub for world-leading expertise on international issues. It will place this expertise at the disposal of public policy and promote independent, expert-informed debate and discussion of the most pressing international questions.

The SCGA has been set up by a group of Scotland’s leading universities, and will look from the beginning to form new partnerships with civil society and the business community in Scotland and across the United Kingdom.

Professor Peter Jackson, Chair in Global Security at the University of Glasgow and the first Executive Director of the SCGA, said: “There has been a pressing need for some years for an institute of international affairs in Scotland.

“The SCGA will promote an independent perspective on global affairs and give voice to the formidable range of expertise on international issues that exists in this country.”

Professor Juliet Kaarbo, Chair of Foreign Policy at the University of Edinburgh said:

“This is a significant first step in marshalling the considerable expertise in global affairs in Scotland’s higher education sector. The SCGA will be a centre for exciting, high-quality policy-relevant research, debate and dialogue on global issues, such as international conflict, peacebuilding, climate change, economic development and cooperation, and global health.

“The ambition and scope of this new centre is immense and by harnessing expertise from across the United Kingdom, and beyond, it will have a real and positive impact on the world and how we engage with it.”

Professor Phillips O'Brien, Chair of Strategic Studies at the University of St Andrews, said: “It’s time that Scotland had a rigorous, non-partisan, people-focussed Global Affairs institute that can bring together brilliant researchers with a range of groups from across society.

“The SCGA will sponsor collaborative research efforts, host a regular series of public events and projects, and establish connections with peoples and groups from around the world. It’s the right institution at the right time.”

Its creation as a fully independent institute of international affairs has been supported by all major political parties and was in the Labour, Liberal Democrat and Scottish National Party manifestos at the last election.

Strong relationships have already been established by the Council with the Scottish Government and the Foreign Commonwealth and Development Office.

The Scottish Government committed to back the Scottish Council on Global Affairs in its Programme for Government and has supported its establishment. 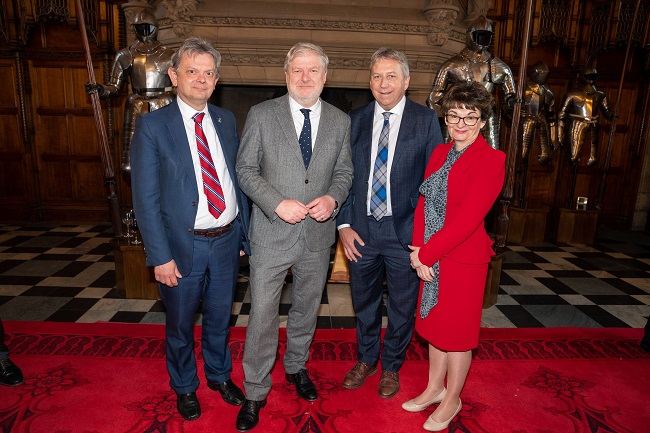 External Affairs Secretary Angus Robertson said: “As Russia’s brutal invasion of Ukraine continues, prompting Europe’s biggest refugee crisis since the last world war, it has never been clearer that the challenges that nations face today are global in nature.

“The new Scottish Council on Global Affairs, Scotland’s first global affairs institute, will be marked by its academic freedom. It will develop critical thinking on international issues and Scotland’s place in the world, using the excellent expertise, researchers and universities that Scotland already has.

“Although the Scottish Government warmly welcomes and supports the establishment of the Scottish Council on Global Affairs - as committed to in our latest Programme for Government - this initiative is independent, supported as it is by parties across the political spectrum, making it truly non-partisan.

“I look forward to seeing its first contributions to the great questions of our age.”

Foreign, Commonwealth & Development Office Minister Amanda Milling said: “The UK Government is proud to be working with the Scottish Council on Global Affairs.

“Bringing three great universities together to create a new foreign policy Think Tank will provide tremendous benefit to Scotland, and the whole of the United Kingdom.”

The new Council will be a think tank for academics but it also hopes to bring in other people with expertise to contribute from civil society, business, journalism and politics. The Council will also engage with the public to promote debate in Scotland and the wider United Kingdom around international affairs and the country’s place in the world.

The present war in Ukraine, the experience of the COVID-19 pandemic and the ongoing climate crisis have all underlined the need for international co-operation and multi-disciplinary expertise to address the political, economic and public health challenges of the 21st century. The Council will contribute to this enterprise by providing an institutional setting for discussion and debate of international questions.

A core mission of the new Council is to support ambitious research projects aimed at informing public policy and promoting public discussion. In pursuit of these goals, it will forge partnerships in the UK, Europe and beyond to amplify the global reach of Scottish expertise.