An average of 9 promotional claims can be found on the packaging of individual UK baby foods, finds research based on a selection of products and published online in the Archives of Disease in Childhood.

These claims are largely unregulated, and often imply some indirect health benefit, known as the ‘healthy halo effect,’ which may be confusing for parents, say the researchers. 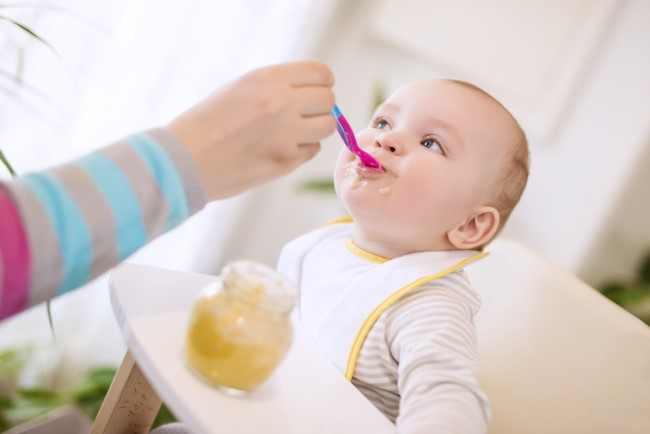 The World Health Organization (WHO) has called for the establishment of standards for the promotion of commercial baby foods to align with best practice recommendations on infant feeding.

And the UK government has passed new legislation to restrict online advertising of food and drinks high in fat, salt, and sugar to encourage children to adopt healthy dietary habits.

But in the absence of any legally binding regulations and guidelines for the composition and promotion of manufactured baby foods in the UK and the European Union, it’s something of a free-for-all amid surging sales, say the researchers.

The researchers therefore wanted to explore the use and nature of promotional claims on manufactured baby food products intended for infants up to the age of 12 months in the UK and test associations between product characteristics and the claims made.

They searched the offering online or in store for manufactured baby foods from 7 major UK supermarkets–Aldi, Asda, Lidl, Tesco, Sainsbury’s, Waitrose, and Morrisons plus Amazon– in June and September 2020.

The promotional claims were categorised as health, nutrient, composition, and marketing. The marketing claims were further divided into those for baby-led weaning (encourages self-feeding), convenience, meeting dietary goals, endorsements, ideals on feeding, lifestyle, quality, texture, taste, and other.

A total of 6265 promotional claims were identified on the 724 products. Nearly all products carried marketing (99%) claims on the packaging, followed by composition (97%) claims and nutrient claims (85%); just 6% of products (41) carried direct health claims.

The average number of total claims on each product was 9, with marketing claims totalling 5, on average. But there were up to 17 promotional claims on a single product.

Baby-led weaning claims were found on 72% of snacks, with a significantly higher number of these claims on snacks (99%) than on other types of product. But the promotion of snacking habits as early as 6–12 months is questionable, given their potential to encourage overeating and obesity, say the researchers.

While health claims were found only on 16% (38) of baby foods classified as dry and 0.6% (3) of wet-spoonable products, dry products, which included snacks and breakfast cereals, carried the most (94%, 51) of all the health claims made (54).

The role of iron in supporting normal cognitive development was the most common health claim.
The widespread use of unregulated promotional claims on manufactured baby foods is of concern, say the researchers, highlighting some potential issues for the claims made.

For example, 'vegetable taste’ suggests foods are made of vegetables when in reality the ingredients might be a combination of fruit and veg with a predominantly sweet taste.

Dr Ada Garcia, from the University of Glasgow's College of Medical, Veterinary and Life Sciences, said: “Since food preferences are formed early in life and infants have an innate preference for sweet and salty foods,promoting sweet [baby foods] containing a high amount of sugar could be detrimental. Moreover, it may contribute to high energy consumption and dental caries.

“Dietary goals for fruit and vegetable consumption (5 portions a-day) are given for children from the age of 2 years; thus, the suitability of promoting claims such as ‘contributes towards your 2-of-5’ or ‘contains 1-of-5’ remains questionable.

“Endorsements such as ‘nutritionist approved’ or ‘dietitian approved’ were widely used, but the meaning of these endorsements in terms of nutrient quality or veracity of health claims is not fully clear and needs further scrutiny."

The researchers acknowledge that their study provides a snapshot of a fluid [commercial baby food] market, while the promotional claims were identified from online images from retailers’ websites which may not be up to date.

Dr Garcia added: “Promotional claims on [commercial baby food] packaging are extensively used which could mislead parents. The unrestricted use of messages and ‘health halo’ statements on packaging of [commercial baby foods] calls for policymakers and stakeholders to update guidelines, legislation, and policies to protect this vulnerable demographic so that infant feeding recommendations are not undermined.”