A new imaging technique, allowing 3D imaging at video rates through a fibre the width of a human hair, could transform imaging for a wide range of applications in industrial inspection and environmental monitoring. In the longer term the technique could be further developed for applications in medical imaging.

The system was developed by an international team of scientists led by the University of Glasgow’s Optics Group. In a new paper published today in the journal Science, the team describe how they have been able to create video images from a single multimode optical fibre using a process known as time-of-flight 3D imaging. 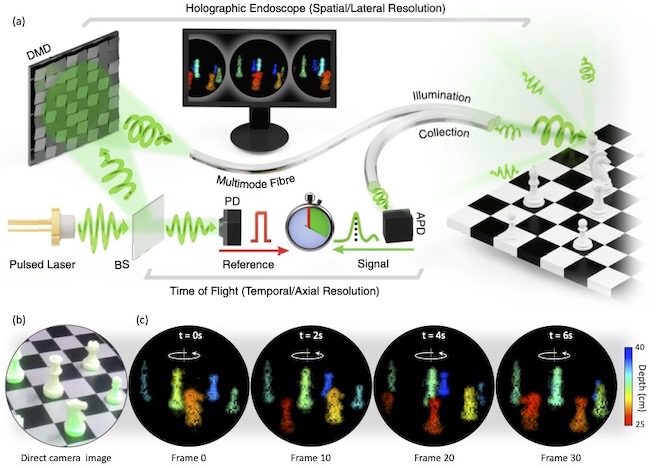 Professor Miles Padgett, Royal Society Research Professor at the University of Glasgow and Principal Investigator for QuantIC the UK Hub for Quantum Enhanced Imaging, said: “In applications like endoscopy and boroscopy imaging is traditionally achieved by using a bundle of optical fibres, one fibre for every pixel in the image, resulting in devices the thickness of a finger.

“As an alternative, we are developing a new technique for imaging through a single fibre the width of a human hair. Our ambition is to create a new generation of single-fibre imaging devices that can produce 3D images of remote scenes.

“Alongside our collaborators, we are delighted to publish our latest research in Science magazine and hope that this exposure will generate new connections, highlighting possible end users of the technology we are developing.”

Normally, when light shines through a single optical fibre, crosstalk between modes scrambles the light to make the image unrecognisable.

To resolve this, the team use advanced beam shaping techniques to pattern the input laser light to the fibre to create a single spot at the output. That spot of light then scans over the scene and the system measures the intensity of the backscattered light into another fibre - giving the brightness of each pixel in the image. 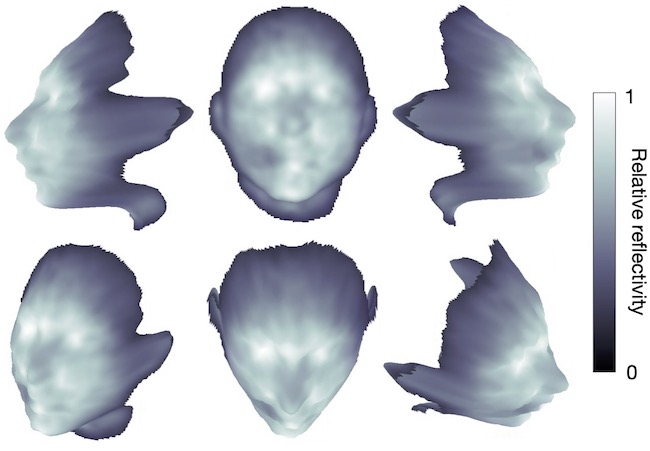 By using a pulsed laser, they also measure the time of flight of the light and hence the range of every pixel in the image. These 3D images can be recorded at distances from a few tens of millimetres to several metres away from the fibre end with millimetric distance resolution and frame rates high enough to perceive motion at close to video quality.

The prototype system delivers images through a 40 cm long optical fibre at 5 Hz, each frame containing up to approximately 4000 independently resolvable features, with a depth resolution of ∼5 mm.

Currently the multimode fibre must remain in a fixed position after calibration. Future research will look at reducing the calibration time and managing the dynamic nature of bending fibres. The team aim to work with industry to develop this world-changing research into functional technology within the next 10 years.

The project is a collaboration between physicists at the University of Glasgow, University of Exeter, Fraunhofer Centre for Applied Photonics Glasgow, Leibniz Institute of Photonic Technology Germany and the Institute of Scientific Instruments of the CAS Czech Republic.