Hospitalisations for asthma in pre-school children fell in Scotland in the two years following legislation that banned smoking in vehicles containing a child.

The Smoking Prohibition (Children in Motor Vehicles) Bill was passed by the Scottish Parliament in 2016, making it illegal to smoke in a vehicle with anyone under the age of 18. Five years on, new research has found that this change in the law was associated with a decrease in hospital admissions for severe asthma attacks in the under-five age group. 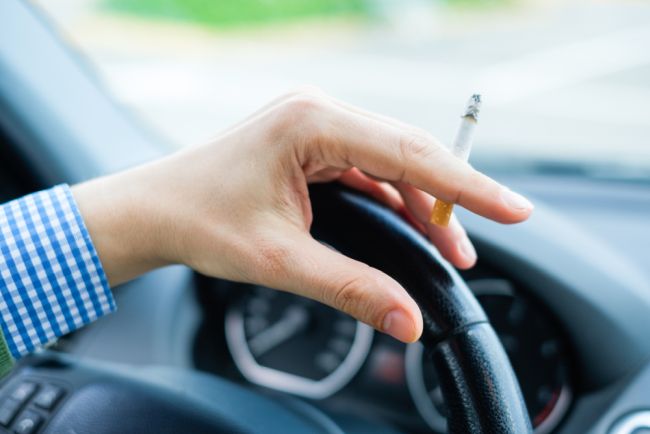 The research, which is led by the University of Glasgow, in collaboration with the Universities of Aberdeen and Stirling and published in the Lancet Public Health, looked at data on all asthma emergency hospitalisations in Scotland between 2000 and 2018 for individuals aged 16 years or younger.

Exposure of pre-school children to second-hand smoke is thought to be mainly due to parental smoking in their homes or family vehicles.

Estimates of the percentage of cases of childhood asthma attributable to second-hand smoke exposure range from 1.3% to 8.2%. Second hand smoke exposure also increases the risk of exacerbating asthma symptoms among young children who already have the condition.

Professor Jill Pell, lead author from the University of Glasgow, said: “Our study demonstrates the significant benefit to children that smoke free vehicle legislation has had. We found that the reduction in asthma hospitalisations was specific to pre-school children, which is plausible given that exposure to parental smoke is more likely among pre-school children, who spend more time with their parents.

“Our findings also suggested a possible widening of health inequalities whereby the relative reduction in childhood asthma hospitalisations was greater among those living in the most affluent areas. This could be due to different starting points or differences in car ownership or compliance with the legislation; but merits further research.”

The study, ‘Impact of smoke-free vehicle legislation on childhood hospitalisations for asthma: an interrupted time-series analysis of Scottish data over 19 years’ is published in The Lancet Public Health.