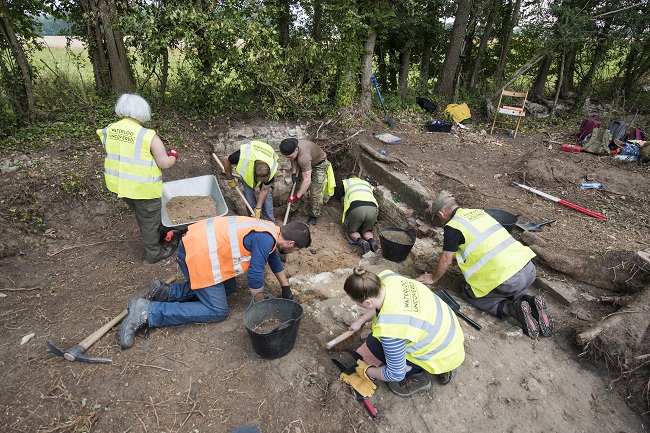 A new report by the charity Waterloo Uncovered reveals how archaeological work on the battlefield of Waterloo is helping Veterans and Serving Military Personnel with recovery from some of the mental and physical impacts of their service.

Published to mark the 5th anniversary of the charity, and coinciding this week with the 205th anniversary of the battle (June 18, 1815), the report - Peace from War - highlights the results of a nine-month pilot Veterans and Military Personnel Support Programme run in conjunction with the excavation on the Belgian battlefield, where Napoleon’s domination of Europe was finally ended.

Fifty British and Dutch veterans and serving personnel took part in the dig last July, alongside a team of archaeologists led by Professor Tony Pollard, Director of the Centre for Battlefield Archaeology at the University of Glasgow.

The excavations examined key areas of the battlefield:

Professor Pollard said: “There’s an extra dimension to working with veterans. Some of our team in Waterloo Uncovered have had first-hand experience of close-quarter fighting. You can be kneeling next to them in a trench on the dig and they’ll notice something you haven’t. That’s a uniquely valuable perspective for an archaeologist to have”. 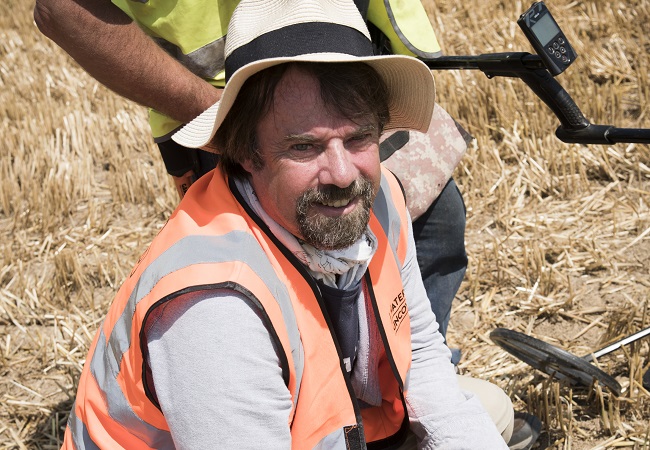 The archaeological work went hand-in-hand with a nine-month programme of recovery and rehabilitation for Veterans and Serving Military Personnel. Participants in the Programme came from a variety of service backgrounds, from Chelsea Pensioner to serving soldiers. They were set personal goals to overcome challenges such as significant physical, or mental, injury and the struggle to adapt to civilian life.

Findings from the evaluation process, intended to produce hard, measurable evidence of the impact of the programme, reveal that:

In addition, a respected method for measuring mental wellbeing, developed by the Universities of Warwick and Edinburgh (The Warwick-Edinburgh Mental Wellbeing Scale), was applied.

The study also assembled a body of qualitative evidence of impact.

One participant described the effect of the programme on herself: “Waterloo Uncovered has given me a handrail to life – it has helped keep me focused whilst dealing with day-to-day stress.”

Support for the work of the charity has also come from Dame Clare Marx, Chair of the General Medical Council, who visited the dig in July 2019: “Waterloo Uncovered is using a really practical, physical environment to help people with their lives, with their belonging, with their control of what they do.”

Mark Evans, former Captain in the Coldstream Guards and now CEO of Waterloo Uncovered said: “Archaeology isn’t a panacea for all ills, but it can be massively positive for individuals. Our wellbeing and support team is made up of professionals with vast experience.

“This report shows the evidence of the benefits people can achieve, both in the short term and over a longer period.”

UK Minister for Veterans’ Affairs, Johnny Mercer MP, praised the value of the report in creating a body of robust evidence for the benefits that can be achieved through archaeology:

“The programme addresses areas close to my heart -of recovery, health and wellbeing, transition into civilian life, education and employment. It’s a good story to tell.”

Waterloo Uncovered combines world-class archaeology with a programme of care and recovery for veterans and serving military personnel.

Since 2015, the charity has been excavating on the site of one of the world’s most decisive battles. In that time, they have made important new discoveries about the bloody fighting there and about the men who took part in the battle.

More than 100 veterans and serving military personnel from a range of nationalities have been given the chance to benefit. Earlier this year the work of the charity was recognised by a Points of Light Award from the UK Prime Minister. The charity has been forced to postpone its 2020 excavation due to the coronavirus pandemic. Instead, it has created a three-month Virtual Programme of educational content, online activities and wellbeing support for participants.