RACE, a University of Glasgow-led national centre for research into inflammatory arthritis, is proud to announce that all four of its partner University Rheumatology units – in Birmingham, Glasgow, Newcastle and Oxford – have been awarded five year EULAR Centre of Excellence status until either 2025 or 2026.

EULAR (European Alliance of Associations for Rheumatology) represents people with arthritis/rheumatism as well as health professionals in rheumatology and scientific societies across Europe. EULAR Centres of Excellence are considered the top research centres in European rheumatology, and the awards mark the very highest level of excellence in research in Europe. 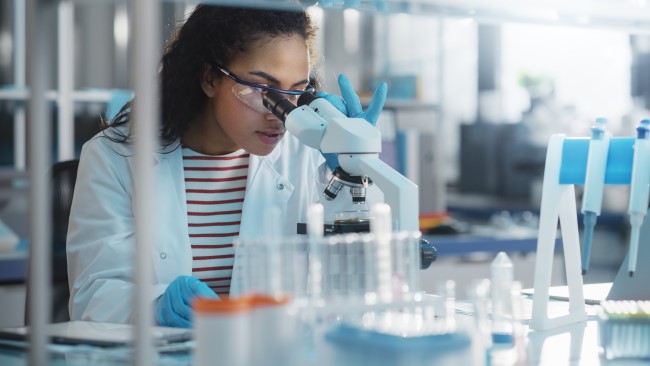 RACE (Research into Inflammatory Arthritis Centre Versus Arthritis) is a University of Glasgow-led collaboration between the Universities of Birmingham, Glasgow, Newcastle, and Oxford, led by Professor Iain McInnes. Established in 2014, RACE was set up and continues to be supported by the charity Versus Arthritis. Its mission is to find out more about the causes of rheumatoid arthritis, a serious inflammatory auto-immune condition that affects around 430,000 people in the UK and can lead to chronic pain and disability. The centre now works to understand how inflammation causes a range of different forms of arthritis.

These four successful EULAR awards reflect extensive collaboration across each of the RACE research institutions, alongside partners and collaborators in the NHS and beyond.

Professor Iain McInnes, University of Glasgow Vice Principal and Head of the College of Medical, Veterinary and Life Sciences, said: “I am delighted and incredibly proud that all four RACE partners have once again been named as EULAR Centres of Excellence. These awards highlight the tremendous work being carried out in RACE institutions across the UK, and are testament to the outstanding calibre of research they continue to produce.

Rheumatoid arthritis occurs when the body’s immune system attacks itself. Although drug treatments have considerably improved in the past 20 years, they are not effective in all people; and even with the best available drugs, many people’s disease responds only partially, and sometimes not at all.

To address these challenges RACE aims to understand why inflammation causes arthritis in the first place, and why the biological processes that cause arthritis vary between different people. RACE also wants to understand why some people respond to treatments only partially, or not at all.

Dr Neha Issar-Brown, Director of Research at Versus Arthritis said “We funded the RACE centre to harness the power of multi-disciplinary collaboration which deepens our understanding and increases the pace of progress in finding new treatments for inflammatory arthritis. We’re incredibly proud that this EULAR award acknowledges the impact, importance and commitment of the work by our researchers and centre staff.”

Annamaria Iagnocco, President of EULAR, said: “EULAR congratulates the RACE universities and sees them as a role model for other universities to promote and endorse excellence in rheumatology.”

RACE currently provides a globally-recognised national focus for scientific research in the field of rheumatoid and psoriatic arthritis and has made many important developments and translational insights in the fight against the disease.