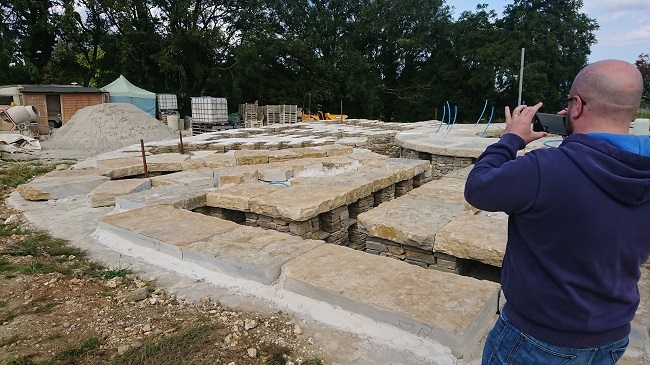 University of Glasgow academics are to look at the modern-day phenomenon of why people are wishing to be buried like their prehistoric ancestors, it has been announced today (25 May 2021)

The new trend has seen modern versions of prehistoric burial mounds called barrows being built to contain the cremation ashes of the deceased.

There are now over 10 of these buildings in operation or in the planning process across the UK, each with design elements taken from megalithic burial mounds from the Neolithic and Bronze Age periods.

The first was at The Long Barrow at All Cannings, Wiltshire, in 2014, built by Tim Daw, and since then several barrows have been built by Sacred Stones and other private owners.

Several are now in the planning process in Wales and in Kinghorn, Fife and near Perth in Scotland. These are all very popular and meet a growing demand for alternative, sustainable forms of burial.

The new project - Death BC - is the first in-depth archaeological evaluation of this phenomenon. Through research, fieldwork, and interviews, the research team will explore to what extent prehistory has influenced these barrow columbaria, and why people choose to store their own or family member's remains within them.

The team will also look at what can barrow columbaria tell us about approaches to death and burial today? and to what extent do prehistoric monuments and practices still influence our lives?

The relevance of prehistoric lifeways in society today is one element of the University of Glasgow archaeology department’s engaged archaeology strand of research.

Dr Brophy said: “I am excited that the British Academy have agreed to fund this research and grateful for builders, owners and users of barrow columbaria for being willing to collaborate with us. The construction of prehistoric-style monuments appears to be more fashionable now than it has been for millennia and I want to make sense of why this might be.

“An archaeological perspective to the study of these barrows is relevant not just because of the prehistoric connections, but also because we are interested in how people interact with buildings and material culture in relation to death and burial in any time period”.

Researcher Andrew Watson added: “Death BC is the first project of its kind and builds on my doctoral research with Dr Brophy. This project will allow us to advance this research further, exploring the significance of these monuments not only to people interring loved ones but wider society. We also hope to be able to explore contemporary perspectives on death, burial, mourning and remembrance through these monuments and the communities associated with them”.

The British Academy/Leverhulme Small Research Grants are available to support primary research in the humanities and social sciences.

A columbaria is a building or structure that is designed to hold cremated human remains.

Barrows, sometimes described as tumuli on early maps, are mounds of earth and/or stone (stone examples are often called cairns) of various shapes and sizes that are characteristic earthwork monuments of the prehistoric periods from about 5,800 until 3,400 years ago (3800-1400 BC). Less intensive and intermittent construction and use of barrow mounds also occurred in later times up until about 1,200 years ago (AD 800).