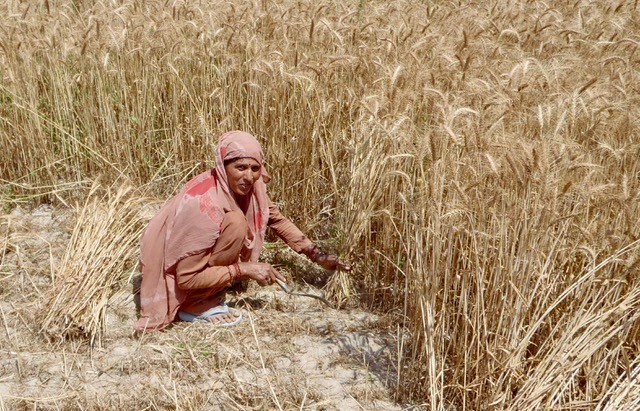 A worldwide team of academics are offering a new way to measure and quantify the extent humans have contributed to global climate change using archaeology, a new paper shows.

The team led by archaeologists from the University of Glasgow, University of Pennsylvania (Penn), USA and Universitat Pompeu Fabra in Spain hope their project will improve predications about the planet’s future and fill in the gaps about its past.

The archaeology project, called PAGES LandCover6K, is showing how humans have transformed the earth to such an extent over the last 12,000 years that they have contributed to current global climate changes.

In their new PLOS ONE paper, the team have created a classification system that allows them to quantify the global extent of that transformation and offer an example of this through a case study of the Middle East and Arabia 6000 years ago.

These land change transformations can now be passed onto modellers who will use this new classification system to correct their land use and climate models that project climate changes into the future.

Dr Nicki Whitehouse, a University of Glasgow archaeologist, said: “Archaeology provides us with important information around global land use that helps us understand how humans have affected past land use and cover at a global scale, including the crops and animals being farmed, how they were being farmed, the extent of land cleared for crops and how much land was needed to feed growing populations.

“This incredible archaeological resource of information not only helps us understand these past activities but also help us to understand how humans continue to impact our global climate systems into the future.”

Professor Kathleen Morrison, a University of Pennsylvania archaeologist, said: “Archaeology provides an incredible resource of information to understand how humans have modified the earth system in the past and how these past activities will continue to impact our global climate systems into the future.

“While humans have transformed landscapes for thousands of years, we can’t just say that. We have to demonstrate it.”

Professor Marco Madella of Universitat Pompeu Fabra in Spain, said: “Though current Earth system models suggest that human activity over the past 12,000 years influenced regional and global climate, the models do not capture the diversity and intensity of human activities that affected past land cover, nor do they capture carbon and water cycles.”

PAGES LandCover6k, now in its sixth year, includes more than 200 archaeologists, historians, geographers, palaeoecologists, and climate modelers around the world.

One of LandCover6k’s goals is to collect archaeological and historical evidence of land-use systems from four slices of time -12,000 years ago, 6,000 years ago, 4,000 years ago, and around the year 1500 - into a single database that anyone can comprehend and use.

Led by Professor Morrison, Professor Madella, and Dr Whitehouse, with data expertise from Penn landscape archaeologist Assistant Professor Emily Hammer and others, LandCover6k offers what the researchers hope will become a tool to improve predications about the planet’s future, plus fill in gaps about its past.

In a new PLOS ONE paper, they provide a detailed introduction to LandCover6k’s land-use classification system and global database.

To share this data meant first creating a common language that scientists across disciplines could understand.

Partially because of a lack of shared terminology, archaeologists have not tried to collect and compare data on a global scale, something the project’s palaeoecologists and modelers had already been doing.

The LandCover6k team have created a flexible, global hierarchical classification system and a uniform terminology for land use that can be used in all regions of the world, allowing researchers to understand where and how prehistoric and historic communities were altering land use patterns. The hope, broadly speaking, is to offer enough nuance in the classification system for the archaeological community, yet still make the data accessible to climate modellers.

It “takes the perspective of land rather than people,” as the researchers write in PLOS ONE, and employs a consistent 8x8 kilometre global grid scale. “That’s quite large, from an archaeological perspective,” Assistant Professor Hammer said, “but we did that to make sure that one person isn’t drawing something very small and another person very large.”

To showcase how the classification works, the researchers offer the example of the Middle East 6,000 years ago. This region, the area represented by modern day Iraq, Syria, Jordan, Kuwait, Saudi Arabia, Qatar, Bahrain, the United Arab Emirates, Oman, and Yemen, was home to some of the earliest agriculture in the world. Using the new classification and database, the team built a regional land-use map, despite data availability differing from one spot to the next.

LandCover6k is a working group of Past Global Changes (PAGES), part of Future Earth, an international community of sustainability scientists. Funding came from the Office of the Provost at the University of Pennsylvania, PAGES and INQUA (International Union for Quaternary Research).

Further information on the project may be found here: pastglobalchanges.org/science/wg/landcover6k/intro

Emily Hammer is an assistant professor of digital humanities and of archaeology and anthropology of the ancient world in the Department of Near Eastern Languages and Civilizations in the School of Arts & Sciences at the University of Pennsylvania.

Marco Madella is an ICREA research professor in the Department of Humanities at Pompeu Fabra University and coordinator of Complexity and Socio-Ecological Dynamics research group.

Kathleen Morrison is the Sally and Alvin V. Shoemaker Professor and chair of the Department of Anthropology in the School of Arts & Sciences at the University of Pennsylvania. She is also a curator in the Asian Section of the Penn Museum.

Austin Chad Hill and Jennifer Bates, postdoctoral fellows in the Department of Anthropology at the University of Pennsylvania, also contributed to the research.