A week-long celebration of the life and achievements of a pioneering woman computing scientist is aiming to encourage more female participation in the tech sector.

The inaugural Ada Scotland Festival, which launches online on Tuesday 13 October, is named after Ada Lovelace, the 19th-century mathematician who is widely regarded as one of the first computer programmers.

The Ada Scotland team are setting out to foster primary and secondary-school age girls’ interest in areas of the tech sector including video game design, cyber security, digital forensics and software development.

The festival’s organisers, led by researchers from the University of Glasgow in partnership with Edinburgh Napier University and dressCode, were moved to act by the stark gender imbalance in Scotland’s digital technologies sector, which they believe is holding back the country from achieving its full economic and creative potential.

Fewer than one in five jobs in the sector are held by women. That gender gap is also reflected in secondary education, where the proportion of girls choosing to study computing science in high school has fallen steadily from 35% in 1995 to just 20% in recent years.

The online festival will feature a series of online workshops, videos, activities and competitions put together by academics, teachers, the Scottish Government, and private sector organisations. While many are aimed at school-age girls, there will also be content aimed to teachers and parents to help them encourage their pupils and children’s early interests in computing science.

Dr Matthew Barr, of the University of Glasgow’s Centre for Computing Science Education, is one of the festival’s founders. He said: “It’s immensely disappointing that nearly 170 years after Ada Lovelace’s death, women are still vastly under-represented in the tech sector.

“My own young daughter was recently told by a classmate in her primary school that a video game she enjoys was solely for boys. That suggests to me that attitudes aren’t changing nearly as quickly as we’d hope.

“The tech world is in dire need of girls’ and young women’s drive and enthusiasm and we want to show them how they can be supported to turn their talents into a fulfilling, fun career.

“We’re hoping that the Ada Scotland Festival will provide a real boost to get them over any early hurdles. We’ve been hugely encouraged by how many partners have offered their support, and we hope that this first year of the festival will put us on the way to making it a one-stop shop to address gender imbalance in the sector.” 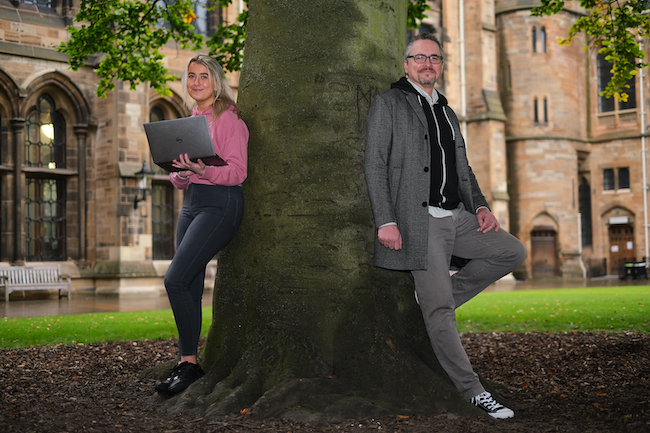 Among the events on offer from the Ada Scotland Festival website will be:
-       A cybersecurity treasure hunt, organised by dressCode
-       A live online advice and networking session from women in tech, organised by Equate Scotland
·       A video presentation and live Q&A with a group of successful young women in tech, organised by SmartSTEMS
·       A Q&A with a panel of female Software Engineering Graduate Apprentices at Barclays
·       A game design session from My World of Work Live by Skills Development Scotland
·       A talk from Scotland IS CEO, Jane Morrison-Ross

Participants will also have the chance to win prizes including an iPad Air, Amazon vouchers, STEM kits and tech books supplied by partners including VeryConnect, dressCode, Fridays for Futuring, and Barclays.

Toni Scullion is a computing science teacher, the founder of dressCode, a charity which aims to encourage female tech talent, and a co-founder of the Ada Scotland Festival.

She said: “There is such an incredible tech sector in Scotland and we want pupils, especially girls, to not only know about the opportunities available but choose to become part of the country’s tech industry.  Ultimately, we want to close Scotland’s computing science gender gap completely.

“The uptake of computing science among girls in Scotland continues to decline at every level from National 5 to Advanced Higher. This is a really concerning trend, and it’s one we’re seeing in countries across the world.

“We know that inspiring girls from a young age and getting them excited about computing science helps them be more engaged in the subject at secondary school. We hope that wide range of inspiring women who are taking part in the Ada Scotland Festival, from university students to entrepreneurs to employees of some major tech companies, will help provide role models to inspire girls into the tech sector.”

The Ada Scotland Festival is supported by funding from the Scottish Informatics and Computer Science Alliance (SICSA) and VeryConnect. For more information on the festival, which runs from 13 October, visit http://ada.scot

The Ada Scotland Festival has attracted the support of leading organisations across the public, private and third sectors. The full list of partners is as follows: