A new report, published today by the WHO Regional Office for Europe, on the health and social well-being of schoolchildren from 45 countries, including the UK, shows that adolescent mental well-being declined in many countries between 2014 and 2018.

The report from the International Health Behaviour in School-aged Children (HBSC) study -- led by researchers at the MRC/CSO Social and Public Health Sciences Unit, University of Glasgow and the School of Medicine, University of St Andrews – compiles extensive data on the health behaviours, social relationships and mental well-being of 227,441 schoolchildren aged 11, 13 and 15, from 45 countries. 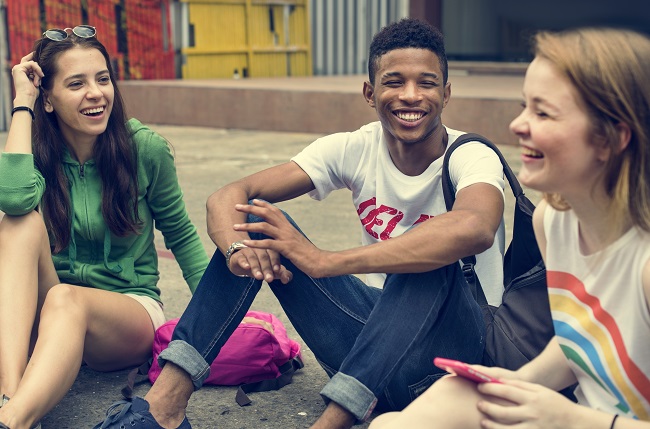 The report presents the findings from the HBSC survey in countries of the European Region and Canada, which is undertaken every four years. The report will provide a baseline against which future studies can measure the impact of COVID-19 on young people’s lives.

Beyond mental health and wellbeing, the HBSC study covers areas such as sleep habits, time spent online and physical activity, as well as school and home life. The report presents data collected from surveys conducted in schools, with all pupils in the selected classes asked to fill in the confidential questionnaire anonymously.

This is the 8th consecutive World Health Organisation (WHO) cross-national HBSC survey that Scotland, England and Wales have participated in, providing data on the health of these countries’ young people over the last 28 years.

England, Scotland and Wales are in the top third of countries for the following:

England, Scotland and Wales are in the lowest third of countries for:

There are also variations between Scotland, England and Wales, the details of which are in the report (links below).

Lead author of the study Dr Jo Inchley, from the MRC/CSO Social and Public Health Sciences Unit, University of Glasgow, and HBSC International Coordinator, said: “It is worrying to see that adolescents are telling us that all is not well with their mental well-being, and we must take this message seriously, as good mental health is an essential part of healthy adolescence.

“Although many young people in Scotland, Wales and England are generally satisfied with their lives and are less likely to be drinking and smoking or consuming sugary snacks compared with previous survey years, this study highlights a number of areas of concern. Sleep difficulties are on the rise, and we’re also seeing an increase in social and emotional difficulties such as feeling low and feeling nervous. Compared with other countries, young people in the UK are also more likely to think they are too fat. These issues particularly affect older adolescents and young people from poorer backgrounds.”

School-related stress is also particularly high among 15-year old girls across the UK, with three-quarters reporting high levels of pressure from schoolwork.

Dorothy Currie, HBSC Deputy International Coordinator, University of St Andrews, said: "Schools have an important role to play in supporting young people's health and wellbeing, so it is concerning to see that young people in the UK, especially those from more disadvantaged backgrounds, perceive lower levels of support from their classmates than their counterparts across Europe.”

The report also highlights the importance of digital technology in the lives of young people today, with two-thirds of 15-year olds reporting that they communicate online with friends and others almost all the time throughout the day. Preference for online communication and levels of problematic social media use are particularly high in the UK.

Fiona Brooks, Principal Investigator for HBSC England and Professor of Public Health at UTS, Australia said, “Young people in the UK spend much more time on social media than comparable peers across Europe.  Social media can offer an array of positive prosocial benefits, however excessive use is problematic and warrants attention. Regularly spending too many hours on social media is associated with lower life satisfaction, poorer sleep and lower attainment at school.”

The international picture: mental health and well-being across the 45 countries is a leading concern

Overall, the report shows that mental well-being declines as children grow older, with girls particularly at risk of having poor mental well-being outcomes compared to boys. Across the 45 countries in the report, one in four adolescents report feeling nervous, feeling irritable or having difficulties getting to sleep at least once a week.

In around a third of countries, the report revealed a rise in adolescents feeling pressured by schoolwork and a decline in young people reporting to like school, compared with 2014. In most countries, school experience worsens with age, with school satisfaction and adolescents’ perception of support from classmates declining as schoolwork pressure increases.

“That increasing numbers of boys and girls across the European Region are reporting poor mental health – feeling low, nervous or irritable – is a concern for us all,” says Dr Hans Henri P. Kluge, WHO Regional Director for Europe. “How we respond to this growing problem will echo for generations. Investing in young people by, for example, ensuring they have easy access to mental health services appropriate to their needs, will deliver a triple dividend: bringing health, social and economic gains to today’s adolescents, tomorrow’s adults and future generations,” he added.

Key findings across all 45 countries include:

As the latest HBSC study, featuring findings from 2017/2018, is released, the world is grappling with the COVID-19 pandemic. The next study, which will feature findings from 2021/2022, will therefore reflect the impact of the pandemic on the lives of young people.

“The broad range of issues covered by the HBSC study give important insights into adolescent’s lives today and should also provide us with a useful baseline to measure the impact of COVID-19 on adolescence when the findings from the next study emerge in 2022,” said Martin Weber, Programme Manager for Child and Adolescent Health, WHO Regional Office for Europe. “The data will enable us to measure how prolonged school closures and community lockdowns have affected young people’s social interactions, and physical and mental well-being.”