UofG medical family record uncovered for Australian Who Do You Think You Are? 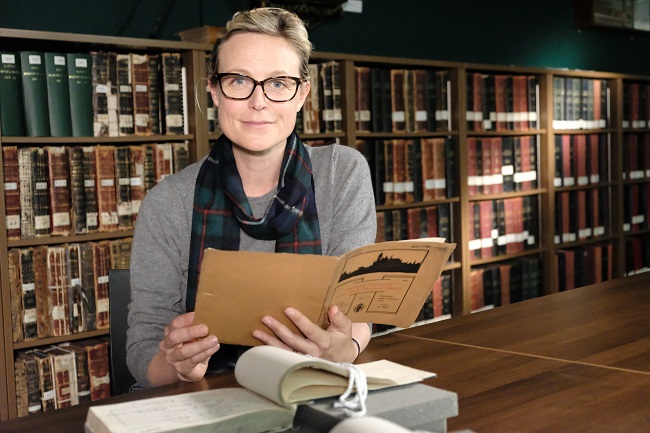 Australian actress Marta Dusseldrop at the University of Glasgow's Archives. Credit Who Do You Think You Are?

A remarkable story of a record-breaking family of doctors who all trained at the University of Glasgow has been highlighted in the Australian version of Who Do You Think You Are?

Eight sons of Dr John Robertson of Dumbarton, West Dunbartonshire all followed their father into medicine over 20 years starting in the 1880s. This amazing family of doctors even merited a mention in the 1989 Guinness Book of Records.

Now this fascinating medical world record and story has been rediscovered by researchers looking into the family of Australian film, television and theatre actress Marta Dusseldorp for Who Do You Think You Are Australia.

The researchers working in collaboration with the University’s archivists found the Robertson family’s medical record story in the 1976 edition of the Graduates Association magazine.

The article said that of the 15 children of Dr John Robertson and his wife Elizabeth, 10 were boys. Of the 10 boys, eight went to the University of Glasgow to study medicine. ‌

It added: “This extraordinary record was recounted to us by Mrs Mabel Robertson, the widow of the youngest son, Frank. Small wonder that, as Mrs Robertson recalls, one of the professors under whom the boys studied one day asked in bewilderment: ‘How many more of you are there?’

“Their courses completed, the family largely dispersed – one to South Africa, one to Australia, others to practices in England, one died young and only one remained in Scotland.” ‌ ‌

Now this Scottish family’s medical story is being retold for Who Do You Think You Are Australia Season 10 in 2019.

One of the eight sons, Frederick Gordon Robertson who began his medical training at Glasgow in 1901, eventually emigrated to Australia. Frederick’s great-granddaughter is Australian film, television and theatre actress Marta Dusseldorp.

The actress is best known in the UK for her part in the BBC1 Australian melodrama A Place to Call Home. Marta’s quest to discover her family ancestry took her from Australia to mainland Europe and eventually to Scotland. 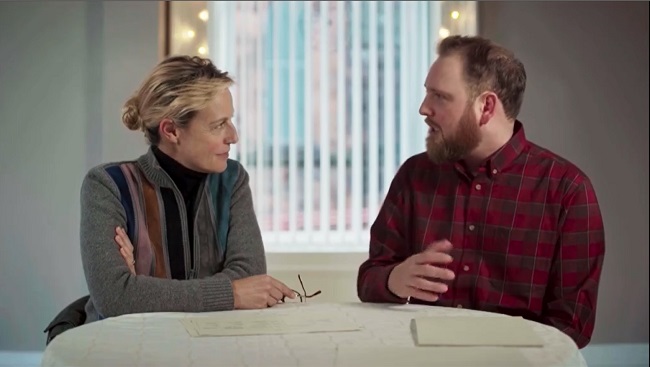 Marta Dusseldorp with UofG's Dr Angus Ferguson at her ancestral home in Dumbarton. Credit Who Do You Think You Are?

Marta visited the home of Dr John Robertson in Dumbarton to learn about the man who started the medical dynasty that continues, across five generations, through to her brother Dr Joe Dusseldorp.

She also visited the University of Glasgow as part of her filming to learn more about her great-grandfather’s story and was surprised to find Frederick Gordon was one of eight siblings all studying at the University between 1888 right up to the start of the First World War.

Marta said: “I was very close to my maternal grandfather Sandy, Frederick Gordon’s son. My grandfather was a great man and a great doctor. He was also a wonderful role model and inspiration to me and my siblings - in fact my brother Joe followed in his footsteps and is a doctor working in Sydney.

“When I embarked on Who Do You Think You Are Australia, I knew medicine was in the blood of my immediate family and I did wonder would we uncover more doctors. But never in my wildest dreams could I have imagined the extent of the connection to medicine going back some 150 years.

“The fact that eight of 10 sons became doctors is incredible. I suppose it is lucky that there were so many doctors in the one family, otherwise I doubt if my direct ancestor Frederick Gordon would have left Scotland looking for work in Australia.”

The actress added: “I felt a deep connection with Scotland and the University of Glasgow when I visited. It is amazing to think I walked the same grounds as my great-great-grandfather, great-grandfather and his siblings. I feel very privileged to have gone on this journey of discovery and I hope to return to Scotland with my children, sister and brothers to learn more about our Scottish roots in the future.”

Marta learned about her family’s connection to medicine when she joined Dr Angus Ferguson from the Centre for the History of Medicine based at the University of Glasgow at her great-great-grandfather’s home in Benview, Dumbarton.

Dr Ferguson said: “From humble beginnings on the west coast of Scotland, this remarkable family story is an example of the global influence of medical education at the University of Glasgow. Innovative medical knowledge and practice, developed in Glasgow, went on to be disseminated by graduates, like Frederick Gordon Robertson, who travelled and worked internationally.

“Then, as now, the University could point to the world-changing impact of its staff and students across continents.” 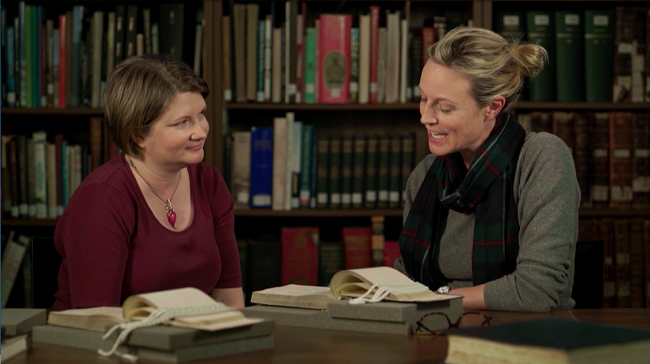 Marta Dusseldorp with UofG Archivist Moira Rankin. Credit Who Do You Think You Are?

Then she travelled to the University of Glasgow where archivist Moira Rankin surprised Marta with the fact her family’s medical record of eight sibling doctors was in the Guinness Book of Records.

Ms Rankin said: “It is always a privilege to share stories from the University Archives. This one was special, not just because we were being filmed for Australian television, but because Marta’s family have been in medicine since the 1860s.

“Her great-grandfather and his seven brothers are even in the Guinness Book of Records. It’s a remarkable story and it was great to have Marta with us to visit the campus and see his records.”

Marta Dusseldorp’s family story featured on SBS’s Who Do You Think You Are Australia 2019 and was broadcast on 14 May 2019.