Suicide is the leading cause of death in young and middle-aged men in most Western countries including the UK. Last year in Scotland, an average of two people died by suicide everyday; that’s 728 deaths with 75 percent of these being men.‌ 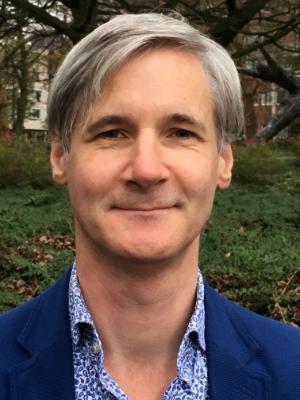 Although there have been many advances in our understanding of suicide risk, there are many gaps in our knowledge and, in particular, our ability to reach the most vulnerable men is limited . Using a new theoretical model of suicidal behaviour developed by Professor O’Connor, this three year research programme, led by O’Connor will give us a deeper understanding of suicide risk in men.

SAMH supporter, Charlie Adam tragically lost his dad, Charlie Snr to suicide in 2012. The Scotland and Stoke City midfielder said: “It was a real blow to me losing my Dad. It knocked me big time.

“It’s great that this research will look to understand suicide risk in men. It’s a subject that’s close to my heart.”

Believed to be the most in-depth study of its kind in UK/Scotland, this research is fully funded by SAMH, one of the largest providers of suicide prevention interventions and training in Scotland. The charity has a long history of action on suicide prevention including its award-winning Two Too Many campaign which brought the issue of suicide to mainstream TV.

Billy Watson, Chief Executive at SAMH said: “Over the course of the last year SAMH and the Suicidal Behaviour Research Lab have partnered together to create this research that will enhance our understanding of suicide.

“We know men are particularly at risk, especially men in their middle-years. We need a deeper understanding of why some risk factors contribute to men completing suicide, compared with those, who, with the same risks factors don’t.

“We know that suicide devastates and we hope that this research will provide a greater understanding to enhance our future work on suicide prevention.

“Thanks to our supporters who raise funds for SAMH to allow us to fully fund this vital research.”

Professor Rory O’Connor, Director of the Suicidal Behaviour Research Lab said: “We are incredibly excited to be working with SAMH on this ground-breaking research into male suicide in Scotland. Despite the stark reality that suicide is the leading cause of death in men under 50, we still do not fully understand the complex set of factors that account for this harrowing reality. Suicide devastates families up and down the country every day; we need to do more to prevent these tragedies.”

Over the next 3 years, we are planning a series of studies to understand suicide risk in men. To do so, we aim to investigate the clinical, psychological and social factors that increase suicide risk, including the challenges and expectations on men and what can be done to tackle this major public health concern. Crucially, we will work with those who are at risk to guide us as we move forward with the research in the next 3 years.”

The closing date for interested applicants for the PhD scholarship is 15th June 2018.