Understanding Animal Research, an organisation promoting greater openness about animal research, has today released a list of the ten organisations in Great Britain that carry out the highest number of animal procedures – those used in medical, veterinary and scientific research. 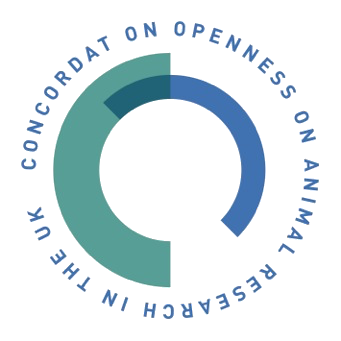 These statistics are freely available on the organisations’ websites as part of their ongoing commitment to transparency and openness around the use of animals in research.

The ten organisations are listed below alongside the total number of procedures that they carried out in 2018. Each organisation’s name links to its animal research webpage which includes more detailed statistics. This is the fourth year in a row organisations have come together to publicise their collective numbers and examples of their research.

All organisations are committed to the ‘3Rs’ of replacement, reduction and refinement. This means avoiding or replacing the use of animals where possible; minimising the number of animals used per experiment and optimising the experience of the animals to improve animal welfare. However, as institutions expand and conduct more research, the total number of animals used can rise even if fewer animals are used per study.

The University of Glasgow, along with our close collaborators at the Beatson Institute for Cancer Research, have a world-leading reputation for translational cancer research. Recent studies on the importance of metabolism in cancer: and how modulating metabolic pathways can directly impinge on cancer development; have been proven using in vitro and in vivo models.

A recent Nature-published study showed that supplementation of the sugar mannose slowed tumour growth in different mouse models of cancer, as well as enhancing the effects of chemotherapy. The results make an important step towards understanding how mannose could, in future, be used to help treat cancer in patients, and human clinical trials with mannose are now being pursued.

Wendy Jarrett, Chief Executive of Understanding Animal Research, which developed the Concordat on Openness, said: “Since the publication of the Concordat on Openness on Animal Research in the UK in 2014, organisations that carry out research using animals have been increasingly transparent. These organisations are providing an unprecedented level of information about how and why they conduct medical, veterinary and scientific research using animals. Facts, figures, case studies, and photos about the use of animals in research are now provided directly by the organisations that carry out the research, so that it has never been easier for members of the public to find out why those animals were used in research.“

Frances Rawle, Director of Policy, Ethics and Governance at the Medical Research Council, said: “The use of animals in medical research remains essential for us to develop new and better treatments and to understand the biology of disease. If researchers are applying for funding for studies involving animals, they must give clear scientific reasons for using them and explain why there are no realistic alternatives. The MRC is committed to ensuring that these programmes are carried out to the highest possible levels of animal welfare and to replacing, refining and reducing the use of animals in research.”