New Year Honours for the University

The Univertsity of Glasgow is celebrating colleagues who have been recognised in the 2019 New Year’s Honours list.

Congratulations to Professor Iain McInnes, the Muirhead Professor of Medicine and Director of the Institute of Infection, Immunity and Inflammation, to Ann Allen, Executive Director of Estates and Commercial Services and to Cathy Bell, former Director of Development and Alumni - all of whom have been recognised in the New Year’s Honours civilian list.

In the military list, Major Iain MacDonald – a senior technician in the School of Computing Science – was one of only 13 military volunteers to receive a Queen’s Volunteer Reserves Medal across both the New Year’s Honours and the Queen’s Birthday Honours. The medal is presented only to members of the Volunteer Reserves of the British Armed Services for exemplary meritorious service in the conduct of their duties. 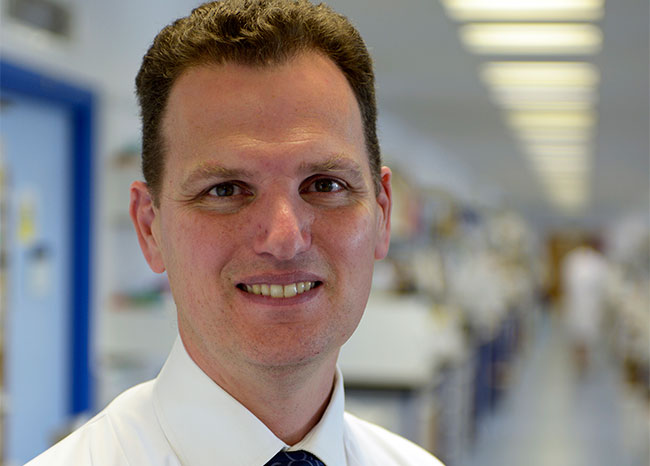 Professor McInnes is a global leader in the field of arthritis research. He is Muirhead Professor of Medicine and Versus Arthritis Professor of Rheumatology at the University of Glasgow. Over two decades, he has led numerous clinical trials and pathogenesis investigation programmes in inflammatory arthritis at the international level. For the last five years, he has served as the Director of the ARUK Centre of Excellence for Rheumatoid Arthritis.

He is immediate past chairman of the Foreum (Foundation for European Rheumatology Research) Scientific Committee, leads the European Roadmap programme that is defining the research agenda for European rheumatology for the next decade and in 2019 will become President of EULAR, the leading trans-national society for rheumatology across Europe. He is a Fellow of the Royal Society of Edinburgh and Fellow of the Academy of Medical Sciences.

Professor Mcinnes said: ”Arthritis remains a major challenge for millions of people. It is lovely to receive this surprising but most welcome honour reflecting the extraordinary efforts of our team as we combat arthritis and seek to improve the lives of those affected.”

Ann Allen is a chartered surveyor, joining the profession over 35 years ago, at a time when few women chose surveying as a career option. She has worked for such diverse organisations as SEGRO - a major property company - the Home Office and John Lewis. 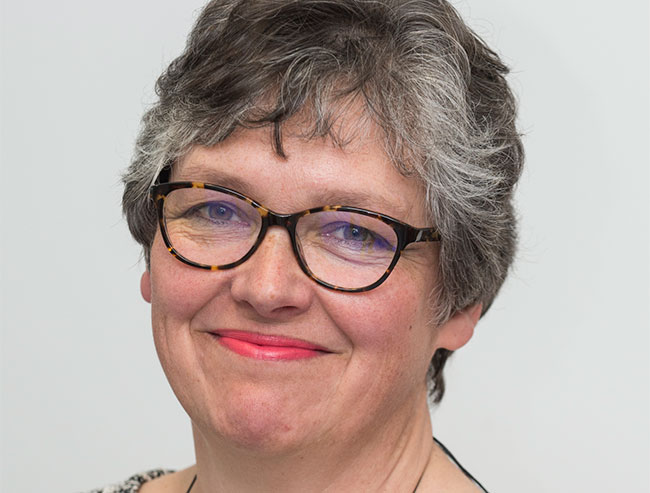 Mrs Allen joined the University of Glasgow in April 2012 just as the University was completing the purchase of the Western Infirmary site. It was a once in a lifetime opportunity to help shape the development and to leave a legacy for future generations of students and academic staff. Mrs Allen is extremely supportive of women in the profession through Women in Property, and is involved with Construction Scotland, and SAUDE - the Scottish Branch of the Association of University Directors of Estates - and as a trustee of the National Museum of Scotland.

She said: “I am both surprised and humbled by this award. I believe that what we are achieving at University of Glasgow’s Gilmorehill campus is truly transformational, both in the masterplan and the way we are trying to deliver it. The Estates Directorate is there to support all the amazing work of our students and researchers and that is where recognition should be. Whilst I get the honour, it should actually be for the whole Directorate as due recognition to the incredible estates team that is contributing so much to the success of the University.” 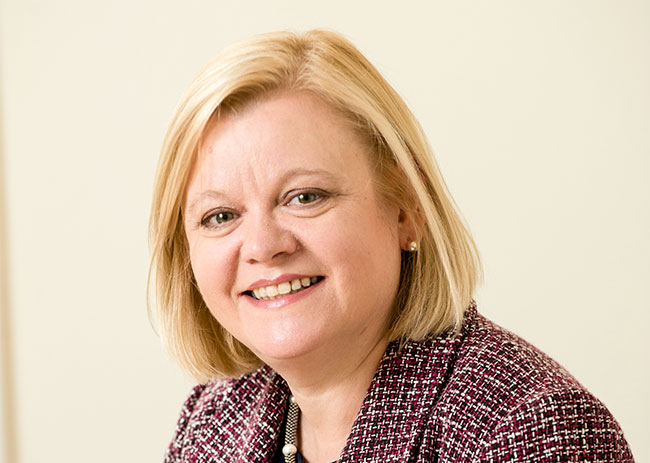 Cathy Bell, who retired from the University in 2017, expressed her surprise and delight. “I am completely overwhelmed to have been recognised in this way, but this award is a greater recognition of the Glasgow Family of world changers - the many wonderful Development & Alumni Office colleagues with whom I worked for over 30 years - the inspirational academic and professional colleagues who made the job of establishing and grounding fund-raising at the University of Glasgow so much easier. Add into that mix the humbling and extraordinary generosity of our alumni and friends and really, my job was very straightforward! The belief of the University Management and particularly the backing of and investment by the five successive Principals for whom I worked made the job of setting up and growing the Development and Alumni Office an exciting and rewarding career. I now look with great satisfaction at the work being expanded and taken forward with the wonderful £1bn development of our main campus. As always I am in awe of the Glasgow Family.” 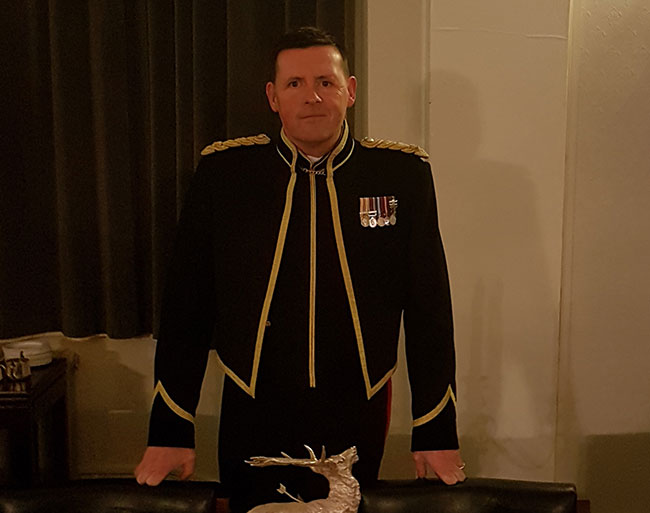 Major MacDonald joined the Royal Army Ordnance Corps in 1987 – it later became the Royal Logistic Corps Army Reserve. Initially a physical training instructor, he rose through the ranks to Warrant Officer Class 1, prior to being commissioned in 2009. He has been deployed on operations to both Iraq and Afghanistan and was a Squadron Commander with 167 Regiment RLC, his work in Kabul earning him the commendation of the Commander Joint Force Support (Afghanistan). The award of the QVRM acknowledges Major MacDonald’s professionalism, team spirit and inspired leadership, as well as selfless support for others and consistent willingness to deliver over and above what is expected.

Major MacDonald has organised and undertaken many charity events, raising over £15,000 for the Army Benevolent Fund, Anthony Nolan Trust, Help for Heroes, MacMillan Cancer charity, CHAS and other charitable causes.

He said: “I am absolutely over the moon to receive this honour. It was so unexpected and it would never have happened were it not for the great team of colleagues I have had the pleasure of working with and for over the last 30-plus years.”