Tickets go on sale to the public today to see the biggest ever historical table top war game. 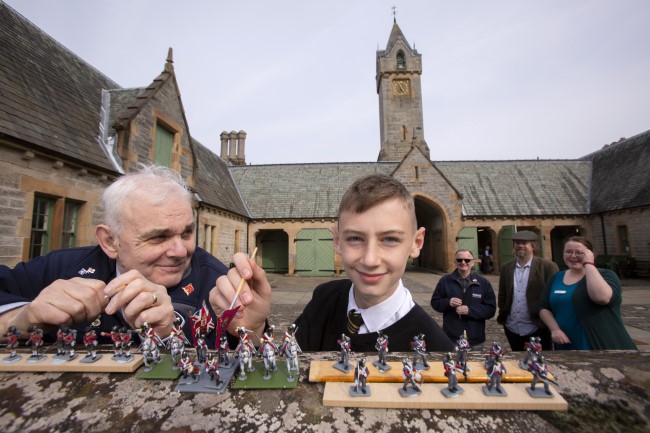 Tickets go on sale to the public today for the biggest ever historical table top war game.

The event, in Glasgow, will replay the Battle of Waterloo, one of the most epic and decisive battles in history, in aid of the charity for military veterans, Waterloo Uncovered.

Around 22,000 28mm figures will be fielded on purpose-built tables at the University of Glasgow, recreating the 1815 Belgium battlefield for the one-off charity event called The Great Game: Waterloo Replayed

Many of the figures are being fielded by around 100 players from all over the world, who, along with a group of veterans of more recent wars, will come together for a spectacular re-match of the famous battle – which marked the final defeat of Napoleon Bonaparte.

More of these mini-soldiers are being provided by veterans’ groups, students and members of the public who have volunteered to take part in painting clubs leading up to the war game in June.

Among those who have been painting for this ambitious undertaking are pupils from Clydebank High School and veterans who attend The Erskine Reid Macewen Activity Centre in Bishopton. 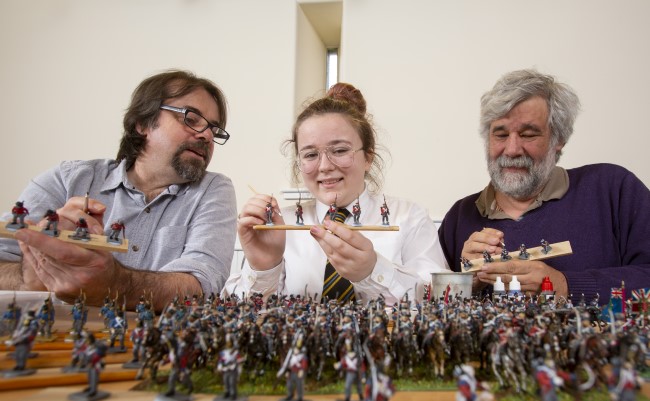 The painting club has allowed both the pupils and veterans to learn new skills to help them paint intricate detailing on the miniature infantry, cavalry and artillery figures. The 28mm high armies are historically accurate to the detailing on the uniforms and weaponry used in the battle from scabbards to muskets.

Paul Hamilton, History Teacher at Clydebank High School, said: “This has been a special undertaking for us and we are delighted to be involved. Waterloo was a pivotal and key historical event in world history.

“The Great Game and its painting clubs are therefore a fantastic way to engage and spark discussions on everything from the battle itself to its two iconic leaders – Napoleon and of course the Duke of Wellington, who somewhat bizarrely for us living in the west of Scotland is renowned for a statue and a certain traffic cone.”

Evonne McCord, Activities Coordinator at The Erskine Reid Macewen Activity Centre and a Royal Engineers Reserves Veteran who will be taking part in The Great Game, said: “The veterans at the Erskine Reid Macewen Activity Centre are delighted to be taking part in this event, we have been working on the models for a number of months now and enjoying the experience of being part of history.

“We are particularly excited to see the age range of participants and our model making group are reassured that the hobby is safe with the number of young people who have shown interest.

“The project has reminded the veterans of the sense of teamwork they experienced in the military, everyone working together towards a goal and supporting each other along the way. We look forward to the main event in June.”

Virtually every battalion, regiment and battery which took part in the real Battle of Waterloo will be represented in The Great Game. The thousands of infantry, cavalry and artillery figures that are needed for the one-off event will be fielded on unique tables on the ground floor of the Kelvin Gallery in the University. These will recreate the battlefield in great detail with miniature farms and villages recreated in the same amazing detail as the thousands of model soldiers. 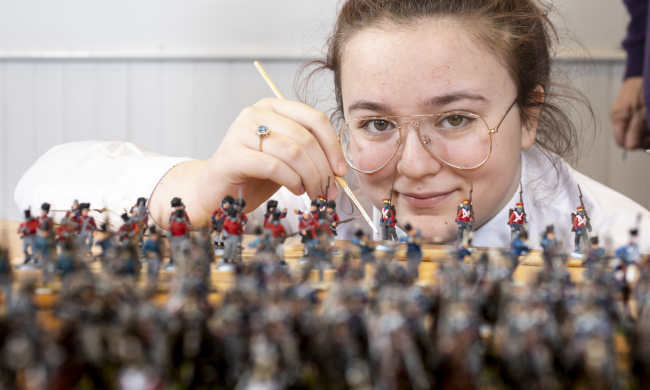 Professor Tony Pollard, who is lead academic and a field director for Waterloo Uncovered and Professor of Conflict History and Archaeology at the University of Glasgow, said: “This is an incredibly exciting undertaking for us as academics and for our history and archaeology students at Glasgow.

“We have been absolutely blown away by the enthusiasm that there is for this project. I want to thank the many individuals, groups, students, veterans and fellow academics for making this all possible. We are so looking forward to welcoming the public in June to the Great Game at the University of Glasgow.”

Professor Pollard added: “One of my own ambitions with the Great Game is that we open up war gaming to a wider audience, most especially children. Kids love playing games, most commonly on computers, but war gaming with model figures has great educational benefits, from learning about the uniforms, equipment and military organisation through painting to the strategy and tactics of battle when playing. I’ve started using it as a teaching tool in my history classes at the University of Glasgow, and I am sure it could have wider applications in schools – all sorts of scenarios can be war gamed, from disaster management to how to run an economy. It’s all to play for.” 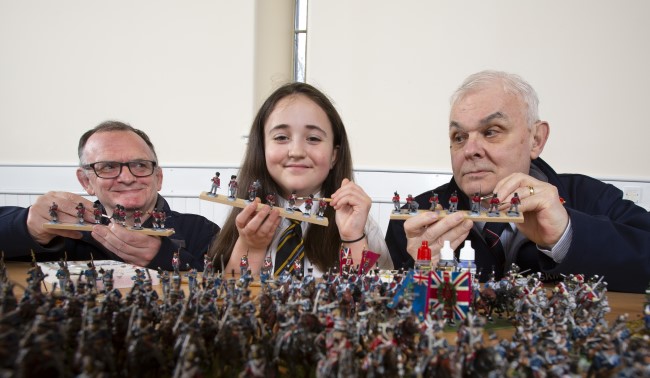 ‌Mark Evans, Coldstream Guards Veteran, co-founder and CEO of Waterloo Uncovered, said: “Waterloo Uncovered is incredibly proud to be involved in, and the inspiration behind, such an exciting event!

“When we started our veterans off on painting model soldiers as an evening activity on the Waterloo Uncovered summer excavation, we could hardly have known how it would take off, transforming into this world record attempt!

“The combination of academic interest and output, veteran care and support, and sheer ambition encapsulates the whole Waterloo Uncovered project. I can't wait to see the results of the battle... We are already seeing the positive results the project is having on the students and veterans who are participating.” 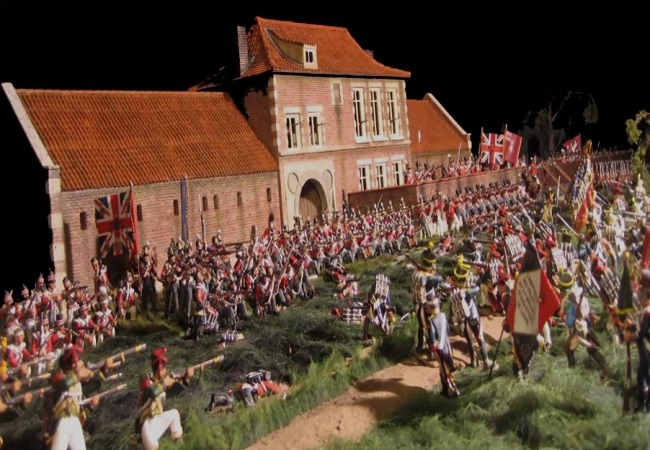 The Battle of Waterloo, which took place in Belgium on June 18, 1815, marked the final defeat of Napoleon Bonaparte, who conquered much of Europe in the early 19th century.

Waterloo Uncovered is a charity which has been excavating on the Waterloo battlefield since 2015. It is an archaeology project involving military veterans and serving personnel who have been injured or are suffering from PTSD.Working in partnership with some of Europe’s top universities including the University of Glasgow, and through the unique perspective of a team comprised of archaeologists, veterans, and serving soldiers, Waterloo Uncovered aims to understand war and its impact on people - and to educate the public about it.

The Great Game: Waterloo Replayed - This one-off charity event is a joint venture between the University of Glasgow and Waterloo Uncovered. It takes place on the 15 to 16 June 2019 at the University of Glasgow, which will be the largest ever historical war game in 28mm. A series of other war games, illustrating the military history of Britain, will be staged in the extensive balcony area that projects from all four walls of the Kelvin Gallery hall. This balcony will also allow a unique overview of the huge battle in progress below. You can follow the Great Game progress on Twitter @Waterloo Replay