Researchers from the University of Glasgow have called for greater social security powers to be devolved to Scotland.

In Scotland, newly devolved social security legislation is based on the principles of "dignity, fairness and respect", with employment services being needs based and voluntary without sanctions.

However, the findings of a new report launched today (13th September 2018) show that, with many social security powers still reserved to Westminster, it means an ineffective UK system of conditionality and sanctions is “causing profound suffering to people in Scotland”.

Welfare conditionality is about linking welfare rights to 'responsible' behaviour. A principle of conditionality holds that access to certain basic, publicly provided, welfare benefits and services should be dependent on an individual first agreeing to meet particular obligations or patterns of behaviour. It has been a key element of welfare state reform in many countries since the mid-1990s.

Proponents argue this helps people transition off benefits and into paid work, but critics refute this and contend that it exacerbates social exclusion, and that experiencing benefit sanctions can push disadvantaged people’s finances into disarray.

The report is part of a UK-wide five year ‘Welfare Conditionality: Sanctions, Support and Behaviour Change’ qualitative research project involving the University of Glasgow, and funded by the Economic and Social Research Council.

Dr Wright said: “These are exciting times for Scotland, where devolved social security is based on dignity, fairness and respect. 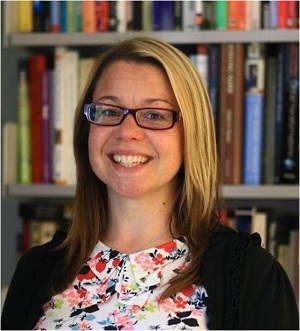 “Scottish employment services are needs-based and voluntary, provided without sanctions.

“However, many social security powers remain reserved to Westminster. Our research shows that the ineffective UK system of conditionality and sanctions causes profound suffering throughout Scotland.

“Disabled people, those who have long-term health conditions, lone parents, job seekers and, under Universal Credit, low-paid workers, are all badly affected by sanctions. We are asking the Scottish Government to lobby Westminster for greater social security powers to end the punitive sanction regime in Scotland.”

Key findings from the research include:

This research adds to the evidence-base already created by other briefings from the Welfare Conditionality project that highlight the ineffectiveness of punitive conditionality within the welfare system. Its key policy recommendations include:

For more info on the project visit -

The Economic and Social Research Council (ESRC) is part of UK Research and Innovation, a non-departmental public body funded by a grant-in-aid from the UK government.

The ESRC is the UK's largest funder of research on the social and economic questions facing us today. It supports the development and training of the UK's future social scientists and also funds major studies that provide the infrastructure for research. ESRC-funded research informs policymakers and practitioners and helps make businesses, voluntary bodies and other organisations more effective.