Malaria remains a significant threat to human health with approximately 216 million cases annually and over 400,000 deaths worldwide. It is caused by the Plasmodium parasite, which has a complex lifecycle involving transmission to humans via the Anopheles mosquito.

New experimental research by the University of Glasgow and the Wellcome Sanger Institute published today in Nature Microbiology, demonstrates that a regulator protein, AP2-G, may hold the key to finding new approaches to prevent this potentially devastating disease. 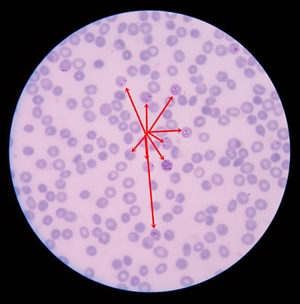 The study, designed a new experimental system to investigate, in detail, the role of AP2-G in the parasite’s life.

Scientists found that AP2-G is the master switch in the parasite that controls a pattern of gene expression essential for the parasite to successfully infect mosquitoes.

The authors believe these findings highlight a potential new target for approaches that, with further research and investigation, may unlock a new potential way to prevent the spread of this devastating disease.

Professor Andy Waters, Director of the Wellcome Centre for Molecular Parasitology at the University of Glasgow, said: “This new experimental approach enabled us to confirm that AP2-G controls vitally important developmental pathways in gametocytes, and that it controls further gene expression and development.

“We also showed that both male and female specific genes are expressed and that blocking the expression of one of these genes resulted in parasites that could not make male gametocytes, thus ending the parasite lifecycle. Foremost, our work has the potential to uncover further novel biology as well as strategies that will prevent the spread of this devastating disease.”

The Plasmodium parasite has a complex lifecycle, which relies on a cycle of transmission between humans and mosquitoes.

The disease-causing forms grow asexually inside red blood cells of an infected human host. These forms are not infectious to mosquitoes. At a key stage in the lifecycle, specialised forms of the parasites called gametocytes are produced in the blood. These gametocytes exist as male and female forms and they can initiate the mosquito phase of the parasite life cycle when they get taken up by a female mosquito biting an infected human. 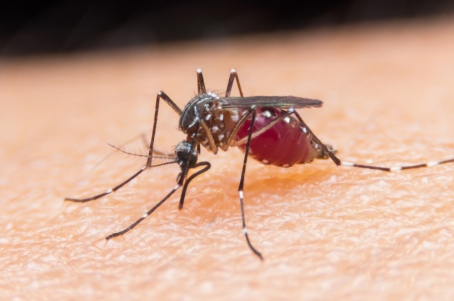 Dr Oliver Billker, from the Wellcome Sanger Institute, said: “What led us to the breakthrough was that we designed a new experimental parasite line in which we could dial the amount of AP2-G up and down. By dialing AP2-G up, we managed to turn all blood stage parasites into parasites that were able to infect mosquitoes. This is how we know AP2-G is the master regulator. That we can now make transmission forms in larger quantity and perfect synchrony will help future research to find out how transmission works and how it can be blocked by drugs and vaccines.”

Dr Katarzyna Modrzynska, from the Wellcome Centre for Molecular Parasitology at the University of Glasgow, said: “This study revealed how flexible the parasite development cycle is. By switching on this one gene, we could convert almost all parasites into gametocytes – something never seen in nature. Even the parasites that have already invaded the red blood cells and were just hours away from asexual division could change into fully functional sexual forms – an act that was previously thought to require at least one cycle of further multiplication in preparation. It shows how many mysteries the parasites are still hiding from us.”

The paper, ‘Inducible developmental reprogramming redefines commitment to sexual development in the malaria parasite Plasmodium berghei’ is published in Nature Microbiology. The work was funded by Wellcome, The BBSRC and the Royal Society.