The idea is the brainchild of academics Professor Lynn Abrams and Dr Marina Moskowitz – both keen knitters and historians of Scottish knitted textiles.

From UofG sheep to UofG Wool - there are so many parts of #TeamUofG knitted together in this fab-wool-ous project! Our very own #UofG wool is available in the gift shop now! #EweOfG
Read more https://t.co/j4YfluacTr@UofGHumanities @UofGKnitting @Lynncabrams pic.twitter.com/KtLbpiaijw

The historians were inspired by their project on Scottish knitted textiles, funded by the Royal Society of Edinburgh. 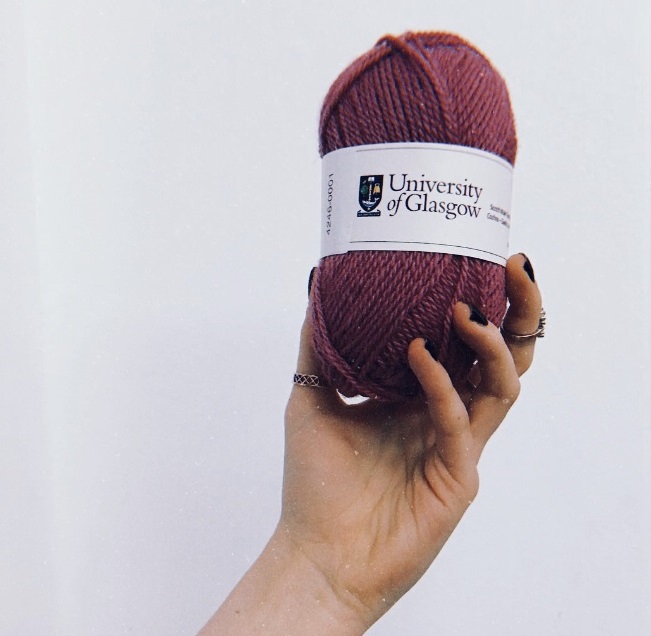 The wool, which is single-origin double-knit and worsted-spun, was sourced from the Scotch Mule sheep flock at the University’s Cochno Farm.

In June last year, the University flock were sheared; then the fleeces were sent to the Natural Fibre Company for processing – cleaning, carding, spinning and dying - in September.

Cochno Farm and Research Centre:  the University of Glasgow purchased the estate in 1954 and today Cochno Farm and Research Centre extends to approximately 850 acres. This facility plays a key role in the delivery of core teaching and research activities of the School of Veterinary Medicine, part of the College of Medical, Veterinary & Life Sciences.

Information on Cochno’s rock-art, which inspired the branding on the wool, and the excavation work of Dr Kenny Brophy at the University of Glasgow, can be found here - www.youtube.com/watch?v=s1LqWH0IqIs