The damage that climate change could cause to nearly one fifth of Scotland’s coastline and the steps that could be taken to mitigate it will be forecast in a new two year research project.

The next phase of DynamicCoast.com will use the latest monitoring techniques to map and categorise the resilience of the Scottish coast and identify the links between erosion and flooding. 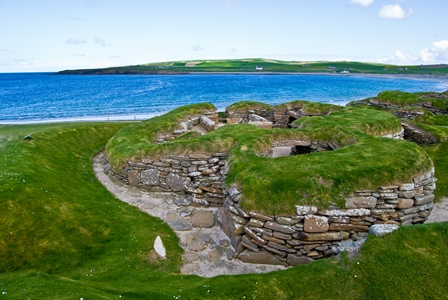 The research, led by the Scottish Government and SNH and carried out by the University of Glasgow launches in January 2018 and is funded by CREW (Centre for Expertise in Water). It will focus on specific study sites including Montrose Bay, St Andrews and Skara Brae to forecast future change and erosional damage and also work with stakeholders like local authorities, SEPA and Historic Environment Scotland to develop plans to mitigate these effects.

Cabinet Secretary for the Environment, Climate Change and Land Reform Roseanna Cunningham said: "Rising sea levels, increased coastal erosion and flooding have caused substantial damage to our coastlines and communities over the last few decades and the pace of erosion is increasing. We need to take action now to adapt and adjust to these changes.

“This research will forecast the extent of damage that could be caused to our precious coastlines through the effects of climate change and will work with communities, local authorities, transport agencies and other planning bodies to develop plans to manage coastal change before it’s too late.”

Scottish Natural Heritage is managing DynamicCoast.com. Chairman Mike Cantlay said: "Scotland’s beaches and dunes play a vital role in protecting £13 billion-worth of buildings and roads. That is more than twice that currently protected by seawalls.  By their dynamic nature, shifting sand dunes can replenish areas of shoreline; as such they are our natural defences. This ensures that our beaches and dunes can be a natural ally in combating the effects of climate change.

“And by working with nature at the coast, we can help ease and adapt to climate change impacts – in particular sea level rise and storms.

“We and our partners in Dynamic Coast are committed to forecasting future risks and highlight where we can help nature to help us build resilience to climate change and ensure existing and future development is secure.”

Dynamic Coast’s Principal Investigator, the University of Glasgow’s Professor Jim Hansom, said: “We are now facing decades of future sea level rise and increasing erosion and flooding at the coast, so we need to better understand the increased risk posed by climate change to coastal assets and communities.

“We need to know whether to adapt, defend or move those coastal assets as well as how social justice might be better incorporated into future policies. Failure to act now will lead to enhanced costs and impacts later.”

This research follows on from ‘Dynamic Coast: Scotland’s National Coastal Change Assessment’ (NCCA)1 published in August 2017, which used more than 2,000 maps and one million data points to identify past erosion and growth rates Using these rates of change the Dynamic Coast map shows the potential change to Scotland’s coastline by 2050.

Around 19% (3,802km) of Scotland’s coastline is soft and therefore at risk of erosion.

CREW is a Scottish Government funded partnership between the James Hutton Institute and Scottish universities, and is a service to manage demand driven research.