Ever wondered what it would be like to pilot a test flight.

Or undergo pilot training in a First World War aircraft.

Now school pupils across the West of Scotland will get the chance to do just that.

A new project – Wings to War: Glasgow and the birth of the Royal Air Force – has been awarded Heritage Lottery Funding to give young people the opportunity to learn what it was like to be a WW1 pilot.

The project, is two fold. It will give secondary school students a chance to pilot a virtual WW1 Bristol Fighter, using a state-of-the-art flight simulator built at the University by Professor George Barakos. Professor of Aerospace Sciences.

The flight path to be flown in the simulator was developed by Professor Barakos's students, and was inspired by a sketch from a First World War pilots' handbook. 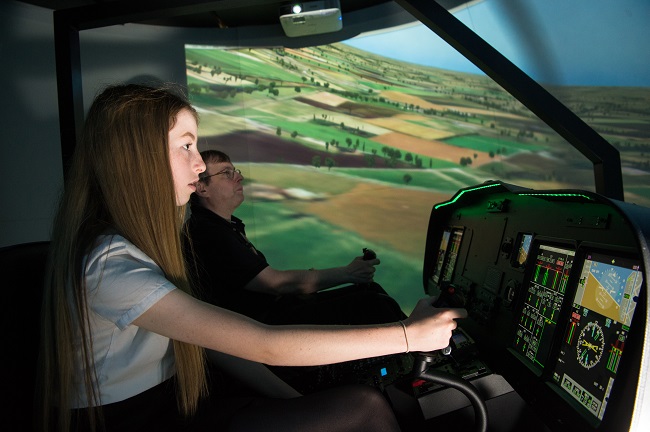 Meanwhile at Pollok Country Park, all schools can sign up to undergo simulated pilot training in a replica and more basic wooden WW1 flight simulator. The Wings to War project will run alongside Digging In First World War learning facilities and trench constructions based in the Glasgow park.

Where Digging In focuses on ground-level (and below-ground) experiences of the Great War, Wings to War takes the aerial view.

The project team will be at the Glasgow Science Centre (GSC) from today to Sunday 2 September to give Glaswegians a sneak preview of this exciting schools project.

They will also take part in the RAF100 Aircraft Tour also being held at Glasgow Science Centre (GSC) from Friday 31 August 2018 to Sunday 2 September.

University of Glasgow staff and students will have on display, a radio controlled model of the Bristol Fighter 2 aircraft that they used to create the simulator programme. The original Bristol Fighter was designed and built by aircraft pioneer and a graduate of the University Frank Branwell.

They will also have a desktop based simulator of the Bristol Fighter to allow members of the public to fly the circuit, which will help the University look at the handling of the model.

Professor George Barakos said: “I love aviation and I wanted to generate enthusiasm about flying amongst our students so we decided to get involved in the Wings to War project.

“At times we forget the dream of flying while we are all too busy studying aerospace engineering. This allows us to marry both the engineering and flying together.” 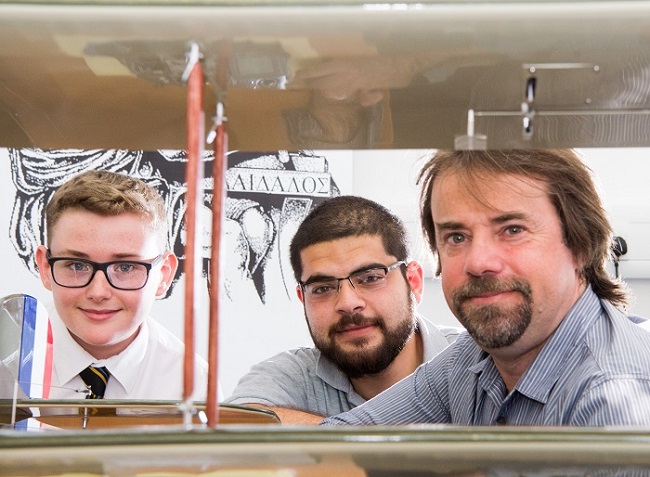 The Wings to War project is a strategic partnership between the University of Glasgow and Northlight Heritage and aims to broaden pupil’s horizons across a range of subjects including history as well as science, technology, engineering and mathematics (STEM).

Wings to War, which is supported by significant contributions of University of Glasgow staff and student time, aims to make the University's technological and academic expertise accessible to the wider public and especially schoolchildren.

The links between University and city of Glasgow to First World War aviation as well as the strong traditions of innovation and engineering will be highlighted in the new project through the work of the University’s Archive Services.

Professor Tony Pollard, the University’s Professor of Conflict History and Archaeology, said: “This project offers an amazing opportunity for young people to go back in time to experience aviation from another era.

"I really like the idea that a state of the art simulator is to be used to give them a visceral insight into what it was like to fly planes that were, on the one hand, war winning machines, but on the other, very primitive when compared with the jets we see in the skies today.

“On the centenary of the birth of the Royal Air Force, it felt fitting to set up a project with recognises and retells the stories of the men and woman of our city who were the vanguards of creation and development of the service we see today.” 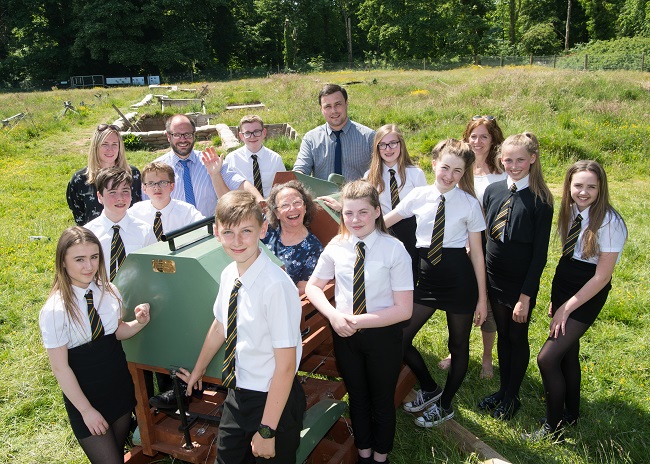 As part of the Wings to War project schoolchildren will also discover the technology of mapping based on aerial photography and learn the important role the early pilots played in aerial reconnaissance over the trenches and battlefields a century ago.

Dr Olivia Lelong, a Director of Northlight Heritage, said: “We are delighted at this opportunity to work in partnership with the University of Glasgow on raising growing audiences and supporting learning about First World War heritage as well as STEM subjects, especially among young people.

“Wings to War will also help people discover remarkable stories of innovation and resilience during the conflict and increase awareness of Glasgow's links to early aviation.”

Pupils from Clydebank High School were the first to visit and experience what it would have been like to be a First World War pilot as part of the Wings to War project.

The Heritage Lottery Fund, earlier this year, awarded a grant of £10,000 to Northlight Heritage to deliver the project in strategic partnership with the University of Glasgow, which is providing match funding.

Northlight Heritage, the lead partner, is part of York Archaeological Trust. As an educational charity, it encourages engagement with the past for the benefit of people and communities in the present and future.

Thanks to National Lottery players, we invest money to help people across the UK explore, enjoy and protect the heritage they care about - from the archaeology under our feet to the historic parks and buildings we love, from precious memories and collections to rare wildlife. www.hlf.org.uk.

The University of Glasgow and RAF

Wings to War highlights the key roles played by University of Glasgow alumni. These include Lt General Sir David Henderson, who came from a Clyde side shipbuilding family, served as the Royal Flying Corp's first field commander and helped form the RAF. Frank Barnwell, who was apprenticed at Fairfield Shipping & Engineering in Govan, flew with the RFC, and later designed the iconic Bristol fighter aircraft. Other University alumni and staff conducted early research into flying's physiological and psychological effects and helped develop ultrasound technology from wartime experiences with radar and sonar.

Pupils taking part in Wings to War  events will be able to explore the social history of early military pilots, engineers and mechanics (women as well as men) and creative responses to early aviation through film, writing and art.Active learning workshops are being offered for primary and secondary schoolchildren at Digging In, the WWI learning facility based around trench reconstructions at Pollok Country Park, which is also part funded by the HLF. For more information follow @wingstowar and @WW1Dig to learn more about the many events planned or visit the Wings to War website.

RAF100 is pleased to support Explorathon 2018 which returns to Scotland on Friday 28th and Saturday 29th September. Join us across Scotland for an extravaganza of shows, talks, family activities, comedy and discovery. See Explorathon  for more details.