Ancient DNA traces from the family of viruses that cause a rare type of leukaemia have been found in the genomes of bats, filling the “last major gap” in retrovirus fossil record.‌‌‌ 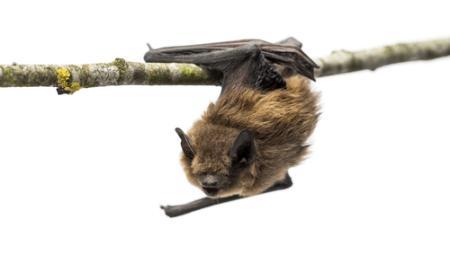 The research, which is published today in Proceedings of the National Academy of Sciences (PNAS) and was conducted by the University of Glasgow and The Czech Academy of Sciences, Prague, offers conclusive evidence that these viruses are between 20 and 45 million years old.

The findings represent the first concrete piece of evidence that the ‘Deltaretrovirus’ group has a truly ancient origin in mammals. The results also offer key insights to the characteristics of these viruses and will allow scientists to better understand them in the future.

The Deltaretrovirus group which includes T-lymphotrophic viruses, currently estimated to infect 15 to 20 million people worldwide, can cause a rare type of Non-Hodgkin Lymphoma called ‘Adult T-Cell Leukaemia/Lymphoma (ATLL). Infection with this virus is very rare in the UK however, and most people who carry the virus will not develop the disease.

It has long been thought that deltaretroviruses have infected humans since prehistoric times. However, because these viruses had no ‘fossil record’, their deeper origins have until now remained a mystery.

Dr Robert Gifford from the MRC - University of Glasgow Centre for Virus Research, said: “The discovery of this viral sequence fills the last major gap in the fossil record of retroviruses. It provides a means of calibrating the timeline of interaction between deltaretroviruses and their hosts.

A team working under researcher Dr Daniel Elleder at the Czech Academy of Sciences identified the remnants of a deltaretrovirus in the genome of ’ bent-winged bats’. The sequence was found to be integrated in a range of distantly related Minopterid species, demonstrating that it originated 20-45 million years ago.

The Prague team worked with Dr Gifford to characterize the sequence. The team found an unusual – and as yet unexplained – feature of the virus, which is also present in contemporary deltaretroviruses. The discovery that this characteristic has defined deltaretroviruses for millions of years indicates that it is somehow key to their biology, and could help scientists study them in the future.

The retrovirus fossil record is comprised of DNA sequences that are derived from ancient retroviruses, and have been ‘preserved’ in animal genomes. Over recent years, studies of these sequences have revealed the unexpectedly ancient origins of various retrovirus groups, and in doing so, have helped scientists understand the long-term ‘evolutionary arms-race’ between retroviruses and mammals.

The paper, ‘Discovery of an endogenous Deltaretrovirus, in the genome of long-fingered bats’ is published in PNAS. The work was funded by the Medical Research Council (MRC) and the Czech Ministry of Education, Youth, and Sports under the program.