Philip Schlesinger, Professor in Cultural Policy, has been awarded a Robert Schuman Fellowship at the European University Institute in Florence.‌ 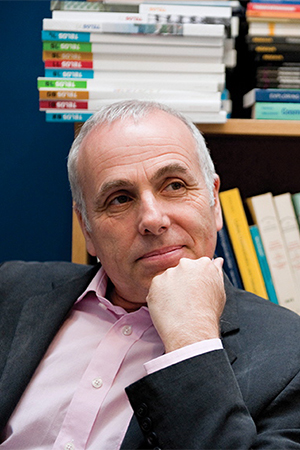 An award for distinguished scholars made by invitation only, this will run from March to June 2018.

Professor Schlesinger will be based at the Robert Schuman Centre for Advanced Studies (RSCAS) where he will work with colleagues on “digital culture and the future of the public sphere”.

He said: “The current turmoil in political communication, growing xenophobia, and present challenges to rational thought compel our attention. I’m delighted that the EUI has invited me to research these questions.”

The RSCAS was established in 1992 to complement the four disciplinary departments that make up the EUI. It is involved in both basic and policy research, collaborating with other centres of excellence in Europe, providing opportunities for young scholars and promoting dialogue with the world of practice. The Centre takes its name from Robert Schuman, one of founding fathers of the European Communities.

Professor Schlesinger was appointed as the University of Glasgow’s inaugural Chair in Cultural Policy and directed the Centre for Cultural Policy Research from 2007 - 2013. He is a Deputy Director of CREATe, the RCUK's Centre for Copyright and New Business Models in the Creative Eeconomy. Established in 2012, this is led by the University of Glasgow. He is currently a Visiting Professor of Media and Communications at the LSE and was previously Professor of Film & Media Studies at the University of Stirling and founding Director of Stirling Media Research Institute.

He is lead investigator on “The New British Film Policy”, a project conducted under the auspices of CREATe, and lead partner in the Cultural Creativity Strand of the Horizon 2020-funded project CulturalBase, a social platform which has been developing a research and policy agenda on cultural questions for the European Commission. He is also co-investigator of a Royal Society of Edinburgh-funded workshops project on “1707 and 2014: The National Press, Civil Society and Constitutional Identity in Scotland”.