A technician from the School of Physics and Astronomy has been named as the winner of a major award presented to the ‘unsung heroes’ of microscopy. 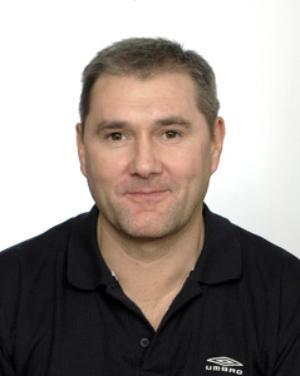 The Vice-President’s Medal from the Royal Microscopical Society is awarded every two years to engineers, technicians or laboratory research support scientists who have made an outstanding contribution to the field of microscopy.

Initially employed as a junior technician in the Chemistry Department at Glasgow, Dr McFadzean learned his trade on different analytical instruments, working part time for a PhD based around transport measurements in membranes, before taking responsibility for high resolution electron microscopes in that department.

He moved to the School of Physics and Astronomy in 1998 and has been responsible for the installation and upkeep of five major systems in the department.

On top of this, his role has expanded over the years to include substantial managerial duties at the KNC, including training all their advanced microscopy users, undertaking the majority of the industrial contract work and advising and managing the IT infrastructure.

Notably, he co-ordinated the technical aspects of the installation of the KNC’s most recent electron microscope including the design of the microscope suite’s low-noise architecture

Dr McFadzean has been at the forefront of the customisation of the KNC’s instruments. He was integral to the development of a fast electrostatic shutter that has subsequently been incorporated into every high-performance Electron Energy Loss Spectrometer sold by Gatan worldwide.

Recently Dr McFadzean has customised the hardware used for differential phase contrast electron microscopy, leading to work was recently published with Dr McFadzean as a co-author. This work now extends to the group’s development of pixelated detectors for STEM imaging, which is likely to have substantial impact on this research field in years to come.

Dr McFadzean said: “I was frankly amazed to find out that I had been awarded the RMS Vice-President’s Medal. I am thrilled at the thought that not just my colleagues here in Glasgow but also the wider UK microscopy community appreciate and acknowledge my efforts to support the people,the instruments and the ever growing datasets they produce here in Glasgow. I have the great fortune to lead a small but highly dedicated team of support staff and I would hope that my personal success also reflects well on them.”

Emeritus Vice-Principal Professor John Chapman, who worked with Dr McFadzean for many years, said: "I have never heard anyone speak other than with admiration and gratitude for the expert assistance received from Sam. His contribution has been, and continues to be, outstanding.”

Dr Donald MacLaren, who nominated Sam, added: "The hard work of technical staff across the University is often overlooked, so this award, for 'unsung heroes' working in microscopy, is a very well deserved acknowledgement of Sam's dedication to the group's research."

Dr McFadzean will be presented with his Medal at mmc2017 in Manchester by RMS Vice-President Prof Pete Nellist. Registration is now open at www.mmc-series.org.uk