A work by Matthew Strickland, Professor of Medieval History, has been shortlisted for the prestigious Wolfson History Prize 2017.

Professor Strickland’s book, “Henry the Young King, 1155-1183”, is one of six shortlisted titles. 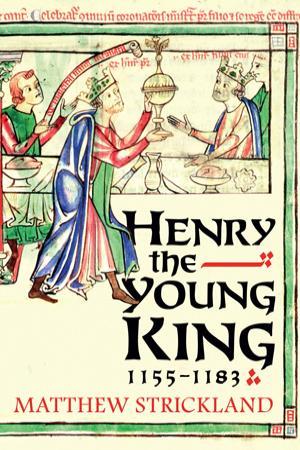 It is the first time the prize has issued a shortlist in its 45-year history. Each shortlisted author will receive £4,000; the overall winner will be revealed at a reception at Claridge’s in London on 15 May and will receive a prize of £40,000.

First established in 1972, and awarded annually, Britain’s foremost history prize promotes and encourages standards of excellence in the writing of readable and scholarly history suitable for a general audience.

Professor Strickland’s latest book is the first modern study of Henry the Young King, eldest son of Henry II but the least known Plantagenet monarch. It explores the brief but eventful life of the only English ruler after the Norman Conquest to be created co-ruler in his father's lifetime.

The work provides a richly coloured portrait of an all-but-forgotten royal figure, tutored by Thomas Becket, trained in arms by the great knight William Marshal, and incited to rebellion by his mother,Eleanor of Aquitaine, while using his career to explore the nature of kingship, succession, dynastic politics, and rebellion in 12th-century England and France.

Dr Thomas Asbridge, writing in BBC History Magazine, added: “Strickland’s deeply researched, richly textured work will be of enormous value to specialists, while general readers will also find much to enjoy in a commendably lucid and entertaining book.”
Previous winners of this prestigious award have included: Antony Beevor (for “Stalingrad”), Ian Kershaw (for “Hitler 1936-1945: Nemesis”), Antonia Fraser (for “The Weaker Vessel: Woman's Lot in Seventeenth-Century England”), Simon Schama (for “Patriots and Liberators: Revolution in the Netherlands, 1780-1813”) and Mary Beard (for “Pompeii: The Life of a Roman Town”).

The shortlisted books for this year’s award are: