An international team of scientists have provided insights into the working of a “signaling molecule”, which will provide new strategies for medicines in areas such as pain medication. 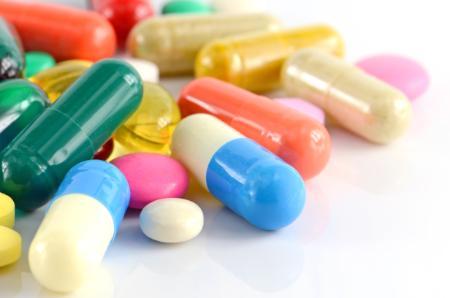 In a study published in Nature today, the team, led by scientists at the University Würzburg, Germany and including the University of Glasgow, have discovered that β-arrestins are independent signalling molecules that are activated by G protein-coupled receptors (GPCRs).

GPCR are the most important targets for drug research and are crucial for cell communication including the processes of pain and sensory perception. The molecular targets for many therapeutics medicines and drugs, GPCRs are known for their capacity to transmit information encoded in hormones and neurotransmitters into signals inside cells via G proteins whereas β-arrestins were thought to block these processes.

Due to their diversity, GPCRs and G protein signaling are important targets for therapeutic medicines, which sometimes produce unwanted side effects. By developing molecules that promote signaling via β-arrestins rather than G proteins it may be possible to overcome these issues. It is thought as a result of this new research that there may be particularly good progress in long-term treatment with strong painkillers.

Indeed, new medicines that on a molecular level specifically activate β-arrestins could minimize the body’s development of tolerance for drugs and therefore any side effects patients feel, and could enable a more effective long-term therapy.

Professor Graeme Milligan, from the University of Glasgow’s Institute of Molecular Cell and Systems Biology, said: ‘New insights into the signaling roles of β-arrestins open up new vistas for the design of novel and improved medicines in areas ranging from dementia to diabetes and this is a challenge already being taken up at University of Glasgow.”

The study was also authored by Professor Andrew Tobin, who although currently based at the MRC Toxicology Unit at the University of Leicester, will move to University of Glasgow in summer 2016 to continue this work with Professor Milligan and others.

Martin J Lohse, Professor of Pharmacology at the University of Würzburg, said: "When I discovered β-arrestin in 1990, it looked like, it was there to disable receptors. That it acts as an independent signaling molecule, we could demonstrate only now with the latest technology."

This study was also accompanied by another, also published in Nature today, by an American team of researchers who reached similar conclusions using a distinct technology.

The European paper showed that β-Arrestin was transferred into an active state by receptors, which lasted longer that its interaction with the receptor. The change was so significant that a cycle of activation and deactivation of β-Arrestin was detectable – a criterion for the definition of an independent signaling molecule.

The study ‘β-Arrestin biosensors reveal a rapid, receptor-dependent activation/deactivation cycle’ is published in Nature. The work was funded in part by BBSRC (grant BB/K019864/1 to Graeme Milligan).